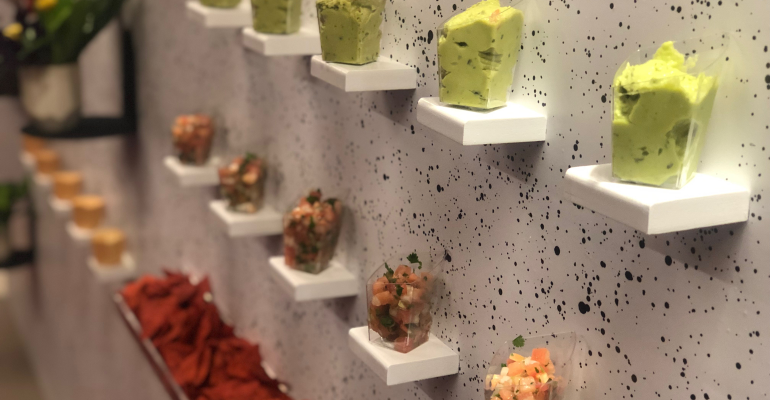 Taco Bell is making good on a promise to make ordering easier for flexitarians with the launch of two new meatless menu items: the Vegetarian Crunchwrap Supreme and the Vegetarian Quesarito.

The two items will be part of the chain’s first vegetarian menu, which rolls out Thursday at nearly 200 Dallas restaurants. Irvine, Calif.-based Taco Bell said the test is codifying its reputation for being a “haven” for consumers looking for plant-based options by testing a dedicated menu for vegetarians and vegans.

The company said its menu includes 38 vegetarian ingredients — 28 of which are also vegan — and about 8 million potential vegetarian combinations. Roughly 9% of all items ordered at Taco Bell are vegetarian, and the bean burrito is the second most ordered item on the overall menu, behind the crunchy taco, the chain said. 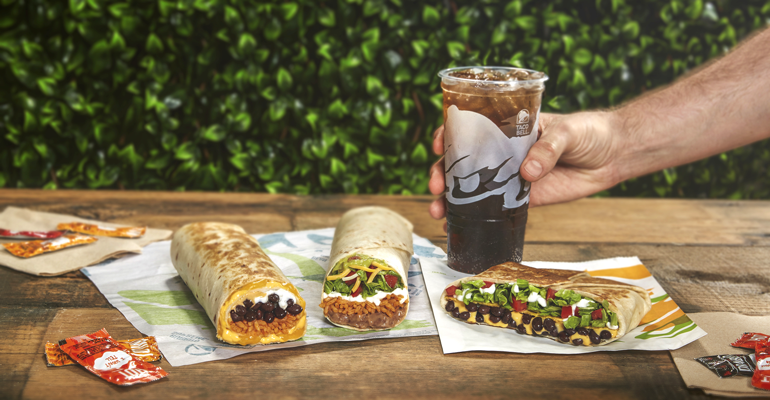 But until now, Taco Bell has not called out these options on menu boards. The Dallas test will feature three items on the menu: the Vegetarian Crunchwrap Supreme for $3.70; the 7-Layer Burrito for $3.22 and the Vegetarian Quesarito for $3.05.

Taco Bell said menu boards in Dallas will also use a green “V” symbol next to items certified by the American Vegetarian Association, like the classic Bean Burrito.

The company said it will test the menu for a couple of months, then make adjustments based on feedback before launching it nationally. 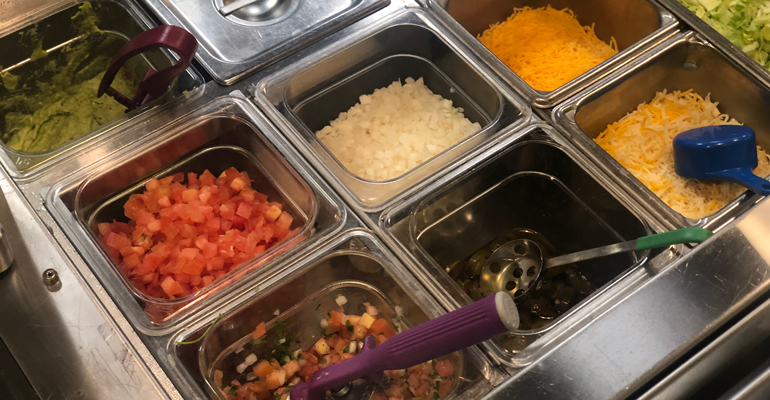 By highlighting vegetarian options on the menu, she said Taco Bell is making it easier for its fans to order. For example, last year on the Taco Bell app, the company added a “make it meatless” option.

Despite all the efforts, Matthews said: “Don’t worry, we’re not turning our back on meat.” 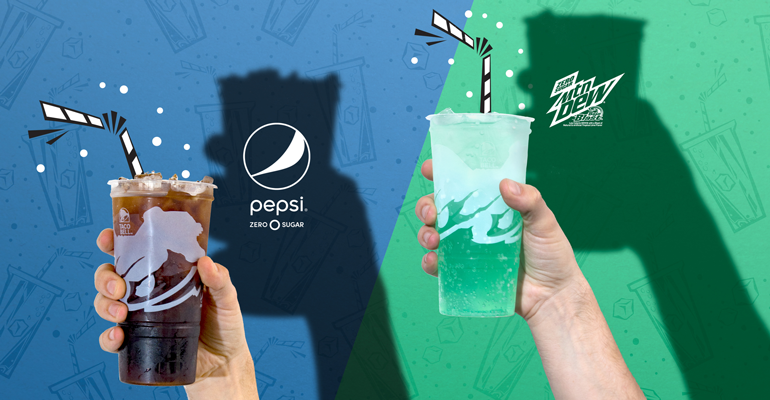 In other menu news, Taco Bell recently launched two new zero-sugar beverages, Pepsi Zero Sugar and Mountain Dew Baja Blast Zero Sugar. The zero-calorie beverages are part of the chain’s commitment to have at least 50% of its medium fountain beverages contain 100 calories or fewer and less than 20 grams of sugar by 2022.