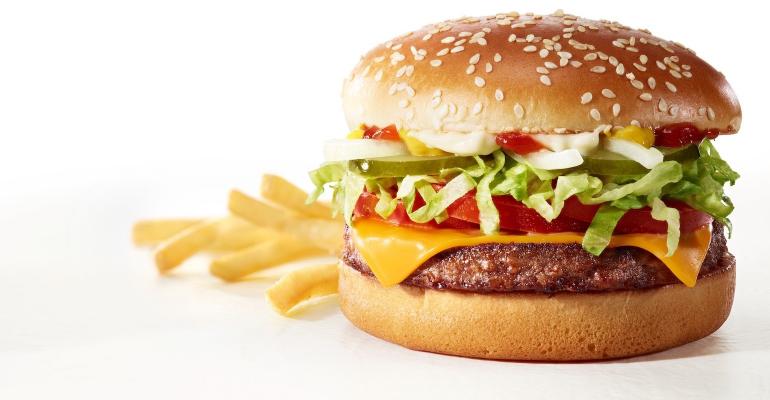 After 600-restaurant pilot, future of plant-based burger is clouded domestically

McDonald’s Corp. has quietly ended its 600-unit test of the McPlant burger in the United States, the company confirmed. While the plant-based offering remains on the menu in some foreign markets, it’s domestic future remains clouded.

The Chicago-based burger brand confirmed the McPlant test, which began last November in eight units and then expanded to a 600-restaurant market test in February, had “concluded as planned.”

Related: McDonald’s to expand McPlant to about 600 U.S. stores in February

The company did not divulge its domestic plans for McPlant, which has been introduced in foreign markets like Austria, Denmark, the Netherlands, Sweden and the United Kingdom and recently debuted in a limited, Victoria, Australia, test in July.

An analyst cited by CNBC last week said some McDonald’s employees told him the burger didn’t sell well in the U.S. restaurants, which were mostly in the San Francisco and Dallas markets, which would jeopardize a larger rollout.

Initially, sales of the plant-based burger, developed with Beyond Meat Inc., had been “very healthy” in the eight-unit test, reported BTIG restaurant analyst Peter Saleh in December.

Beyond Meat had announced its three-year “preferred supplier” partnership with McDonald’s in February 2021, along with an agreement with Louisville, Ky.-based Yum Brands Inc., parent to KFC, Pizza Hut, Taco Bell and The Habit Burger Grill.

Burger King, owned by Toronto-based Restaurant Brands International, has offered the vegan Impossible Whopper since 2019. Carl’s Jr., a division of Franklin, Tenn.-based CKE Restaurants Inc., rolled out a Beyond Meat burger to about 1,100 units in late 2018.

McDonald’s USA has more than 13,000 restaurants in the United States and nearly 40,000 units globally.