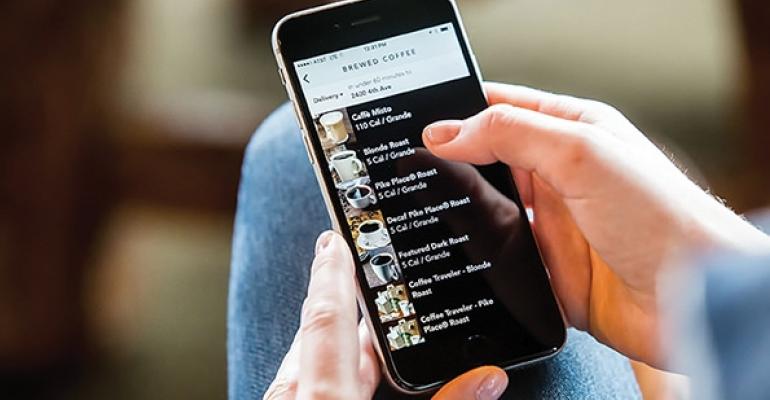 <p>Postmates has partnered with companies such as Starbucks to provide delivery service.</p>
NRN 50

Deliveries are ramping up at Postmates, the San Francisco-based on-demand delivery startup, which has distanced itself from competitors by focusing mainly on restaurants.

Luedorf’s model of going straight to the consumer has become a source of trepidation for restaurants, which are also building their delivery operations.

The company delivers groceries, office supplies and other retail goods, but restaurant food delivery makes up about 85 percent of its business, Luedorf said.

Smartphone users access the Postmates app to order deliveries from various retailers. Orders can also be made online. Using an Uber-like system, independent contractors deliver the food with their own vehicles.

Luedorf joined Postmates in 2014 after four years of running business development for social media site Foursquare. Prior to that, he was a director of strategic partnership for Yahoo. Since he began overseeing business development for Postmates, the company has accelerated deliveries and garnered partnerships with such restaurant powerhouses as Starbucks Corp. and McDonald’s Corp.

Started in 2011 by Bastian Lehmann and Sam Street, Postmates recently said it would expand to London.

A disruptor in the fast-moving delivery space, Postmates has proven itself to be a company of growing influence.