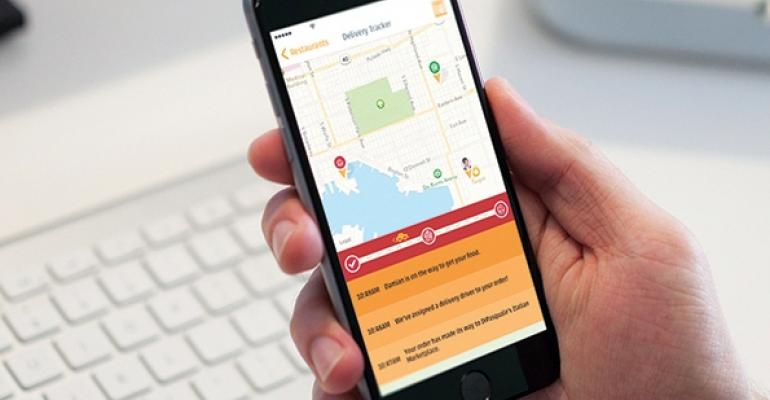 2015: A year of disruption in restaurant delivery

Delivery was the buzzword of the year in 2015 as an increasing number of restaurant chains attempted to find their way in the growing crowd of third-party players pitching on-demand service.

Tech-driven delivery providers have moved rapidly into new markets across the country, striving to meet the needs of consumers who want what they want when they want it.

Restaurant operators, meanwhile, have struggled to keep up and find the best solutions for their brands.

Below, NRN looks at milestones in restaurant delivery disruption in 2015.

Brands pick their partners
Postmates signed on as official delivery partner for Chipotle and agreed to test delivery for McDonald’s and Starbucks.

Typically guests must order delivery through Postmates’ website or app, but the delivery firm will test an integration with Starbucks’ app in Seattle, allowing guests to order delivery directly through the coffeehouse chain’s digital sites.

The delivery service DoorDash also continued to build national partnerships this year, signing on with Taco Bell, KFC, 7-Eleven and Dunkin’ Donuts. By the end of the year, DoorDash was operating in 21 markets, including the first international city: Toronto.

To compete, GrubHub expanded its reach by acquiring delivery providers Restaurants on the Run and DiningIn, and is expected to offer delivery in 40 markets by the end of 2015.

The pilot was a test of the notion of urban delivery within a dense area. Coffeehouse staffers deliver food and beverages to tenants of the building for a flat fee of $2 with no minimum order. The orders are prepared in a commissary and delivered within 30 minutes.

Amazon.com Inc. is making the service available to its Prime members in various markets, using the shipping company’s fleet of drivers.

Domino’s soups up vehicles
Domino’s launched a delivery car with built-in warming oven. Delivery represents about two-thirds of Domino’s business, or about 400 million pizzas a year in the U.S. alone.

The Domino’s DXP car is expected to be available in 25 major markets this year. Though most pizzas will still be delivered in the personal cars of drivers, the move takes delivery to a new level of efficiency and quality, company officials said.

Meanwhile, Domino’s made it easier to order pizza for delivery in other ways, via smart phone app, Twitter, online — and most creatively, by emoji.

Chipotle expanded its delivery service to college campuses in partnership with Tapingo, a company that specializes in the closed campus ecosystem.

Tapingo has clearance to deliver on more than 100 campuses and uses students as delivery drivers. The Tapingo app allows for flexibility in delivering to places on campus that may not have a street address, like the fifth floor of the library.

Tapingo also delivers from on-campus foodserviceoutlets, including the dining hall.

Fighting back
In-N-Out Burger sued DoorDash for delivery without permission. The chain cited trademark infringement and concerns about food safety.

The move raises concerns that other restaurant chains will follow suit. Within the industry, many restaurant chains say third-party providers have delivered their food without asking permission, but have also provided incremental sales and responding to consumer demand.

Some restaurant chains, however, have asked those delivery firms to stop, saying they want to have more control over consumer exposure to their brand.