The ice cream brand has gained a cult following for its ever-changing, seasonal flavors that are tailored by location. No shop has an identical menu to others. But beyond its popular scoops and hand-packed pints that are shipped nationwide, another factor behind Salt & Straw’s success is its progressive workplace benefits. Community is at the core of Malek’s business approach. All Salt & Straw employees — including part-time workers — receive paid leave, health insurance and leadership training. This model has resulted in a turnover rate of 12 percent for in-store employees, remarkably low by industry standards. 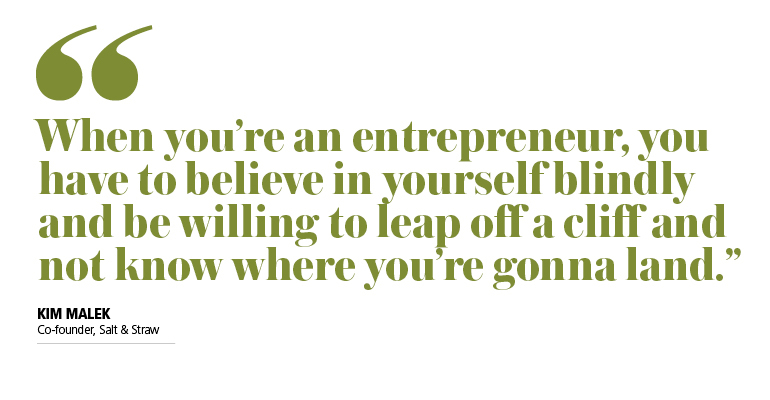 The biggest location thus far is the recently opened Disneyland shop in Anaheim, Calif. The heavy foot traffic in the theme park compelled Malek to alter the design and operations, introducing new initiatives such as a “concierge” to answer questions and offer samples to people waiting in line. The Disney location served as an unintentional beta test for future stores, according to the co-founder.

A second San Diego unit is planned for 2019.