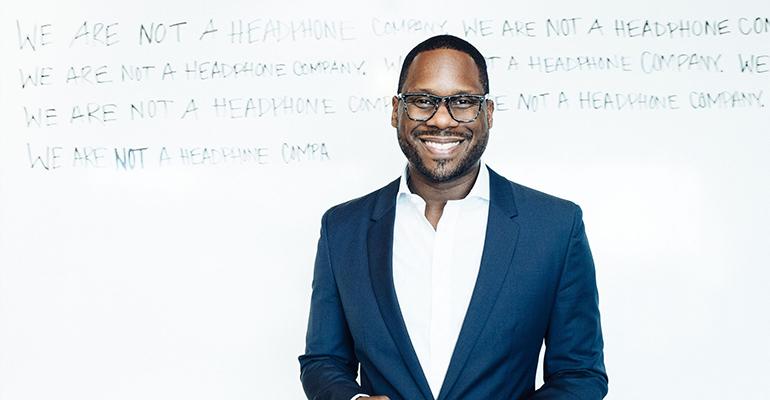 Marketing expert Omar Johnson, formerly CMO of Beats by Dre, explains how his team would market restaurants during COVID.
News>People

How to market your restaurant to consumers during COVID according to Omar Johnson, the marketer behind the sensation Beats by Dre

Johnson explains how restaurants and the industry should be positioning themselves to meet customers’ needs by embracing youth, using storytelling and making your team represent your demographics

Marketing during COVID has changed remarkably. Everything is conveyed via social media and there is no traditional “experience” inside a restaurant anymore. A night out consists of takeout or delivery as the weather cools across the country and dine-in restrictions remain in many large cities.

With consumers’ preferences and dining experiences changing, it’s important for brands to keep up.

“A year ago, the customer experience was they get into your parking lot. The new customer experience begins when they wake up and ends when they go to sleep,” said Omar Johnson, former chief marketing officer for Beats by Dre and founder of OPUS, when he spoke at Restaurants Rise powered by MUFSO on Tuesday.

“What they’re consuming online, what they’re doing in terms of rituals, things they can’t do because they don’t have time. That’s the new consumer experience,” said Johnson in the session sponsored by Swiss Water Decaffeinated Coffee Inc.

Johnson began his career in marketing at The Coca-Cola Company, then moved to Nike before becoming the third employee at Beats by Dre. He helped with ad campaigns for many high-profile brands and athletes, some that went viral, and his biggest advice to brands is this: focus on product, people and storytelling.

His first marketing success was at the 2012 Olympics.

Beats by Dre became a worldwide sensation after its near-constant exposure at the London Olympics, where the brand gifted every Olympic athlete noise-canceling headphones customized to their specific country. Soon, athletes were seen walking into every major Olympic competition with Beats by Dre on their ears on worldwide news programs.

The ad spots for Beats by Dre on TV featured women, people of color and athletes with a focus on the headphone design and what could be done with them, accompanied by current pop music. 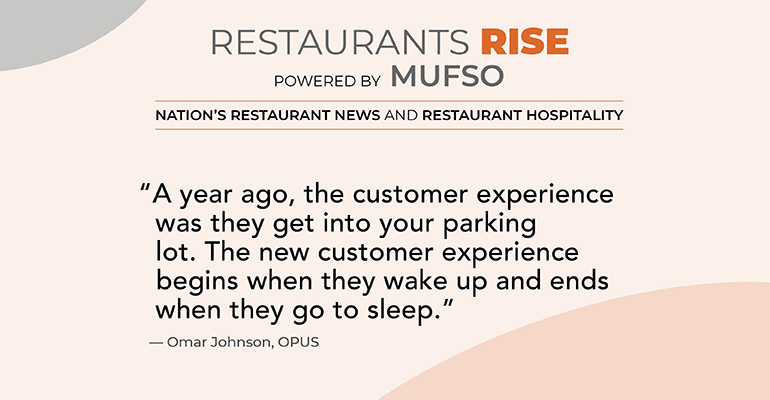 Johnson’s team at Beats also came up with a popular ad campaign. “Straight Outta Compton” was the campaign created by the team at Beats by Dre for their founder Dr. Dre’s biopic, Straight Outta Compton. It broke the cardinal rule of advertising — feature the product — but was a massive success created by a team with an average age of 24 for just $60,000. That included the cost of production for a brand-new app.

The company was sold to Apple for $3 billion in 2014 after starting as a $20 million start-up.

Johnson stressed that these marketing ideas were possible, and successful, because the company abided by the three most important tenets of a brand: product, people and storytelling. He practices these tenets as well as preaches them. The most important of all, he says, is people.

“I’m here to tell you it’s one thing when it comes to building great brands, it’s great people,” said Johnson.

Beats by Dre and Johnson’s current company OPUS have a workforce representative of their target market.

Headphones were a heavily male market, he explained, but Beats by Dre had a team that was 55% women, which helped them open up the market.

Having a team that is diverse in terms of nationality, age, sexual orientation, gender identity and race is important because they inherently understand their own group of consumers who identify similarly, he said.

And when you have a diverse group of voices, it’s important to listen to team members and empower those who may not feel their voice is important, typically younger or less experienced colleagues or minorities who aren’t used to being in power.

“The anatomy of great ideas is that they’re always a bit uncomfortable. If they’re comfortable, someone has probably already tried it,” he said. 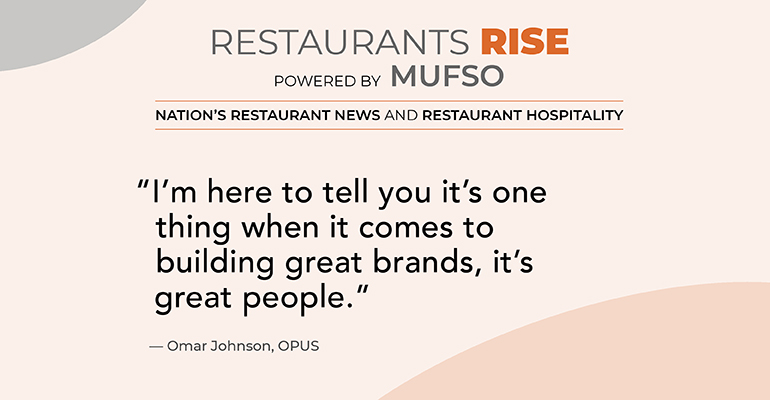 So, how can you build a diverse team?

First, it begins with an honest intention. “I’m going to build a team that looks different,” said Johnson of starting his own team after leaving marketing at The Coca-Cola Company and Nike to move to Beats by Dre.

Many restaurant brands have begun honest attempts to alter hiring practices, but Johnson, a Black man from Brooklyn, went even further. He redacted names and colleges from resumes and relied on listed experience so there could be no inherent bias.

But he also stressed embracing youth on the team and listening to their ideas, rather than making them fear speaking out.

“When you set the bar at great ideas, you can democratize the idea process. [Employees] know they’re all capable of big ideas,” said Johnson. “When you look at how elastic that younger generation is, you have to tap into that.”

And how exactly do you create a culture that allows young people to have ideas?

“You have to create a culture of ideas and rigor. It comes as a function of ‘I am the consumer, I’m always listening’ infuse team with commitment,” he said.

It’s what landed Beats by Dre the largest meme of 2015 — one that President Barack Obama even publicly used to promote the Iran Nuclear Deal.

Part of the youthful approach is a strength in social media, the key to communicating and marketing in 2020, especially during COVID. It’s the easiest place to tell your story, one of Johnson’s three biggest marketing “do’s”.

Virtual brands can rely entirely on social media for marketing, which Johnson said can be a great opportunity for success. Promotions for sharing on social and increasing the brand’s exposure and using social to tell your story are important and inexpensive tools for marketing. Big ideas don’t always cost a lot of money, according to Johnson.

“A new experience is not about your store,” he said. That’s true for all restaurants now as most states are at reduced capacity for the foreseeable future, especially across some of the countries’ largest cities.” 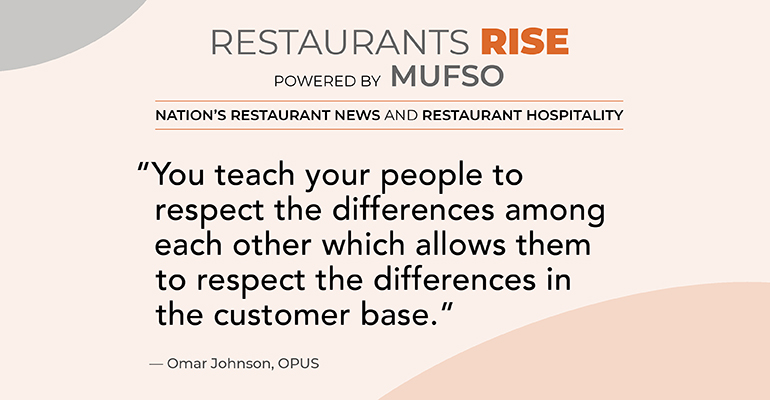 Social media will be key moving forward and Johnson has already orchestrated a social media campaign, so he would know.

How exactly would marketing guru Johnson and his team market restaurants now?

Focus on indulgence. “Restaurants aren’t always about food, they’re about environment and culture,” said Johnson. How does your product (rather than indoor space, as was the key before COVID) portray indulgence from the everyday reality of most consumers now?

Food as comfort. Use your product as a way to convey comfort.

Escape. How does a food experience, either through delivery, pick-up, allow a consumer to escape?

Help. How do you help your customers or neighbors who need it and are busy or in financial straits?

Time. “We all need some more time,” said Johnson. How does your product give back more time?

“I think if you think about these really simple concepts, it becomes an interesting marketing idea,” he said.