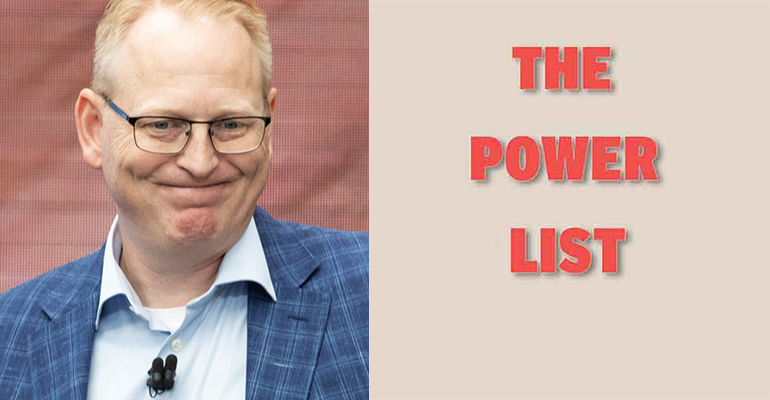 Dave Limp is senior vice president of devices and services at Amazon.
News>People

The presence of Amazon’s voice-enabled offerings is too big to ignore, even as restaurants also employ AI tools developed by a variety of other tech companies. After all, Alexa has become a household name and has been getting consumers comfortable with the very concept of conversational AI. Despite some highly publicized privacy concerns, many consumers have readily welcomed Alexa-enabled devices into their lives.

As the executive behind Amazon’s Alexa and Echo line of voice-assisted smart home products, Limp is simultaneously one of the most creative and controversial figures in the tech game.

The goal is to keep consumers in the Amazon ecosystem, whether they are on their couch, in their car or walking down the street. That ecosystem includes the Echo line of products as well as a slew of new Alexa-enabled gadgets, including wearables like smart eyeglasses.

“We want everybody connected,” he said at the GeekWire Summit in Seattle last year. “A, it’s good for society, and B, it also will be good for Amazon. ... Obviously, more people can shop, which we like.”

Restaurants are aggressively looking to tap into the opportunity, too. Chipotle last fall began using Alexa to let customers easily reorder favorite meals. (To celebrate the move, Chipotle said it would give away Amazon Echo Dots to any existing Chipotle Rewards members named Alexa.) Chains including Wingstop, Domino’s and Denny’s have previously enabled Alexa ordering functions. And potential McDonald’s employees can even use Alexa to initiate job applications.