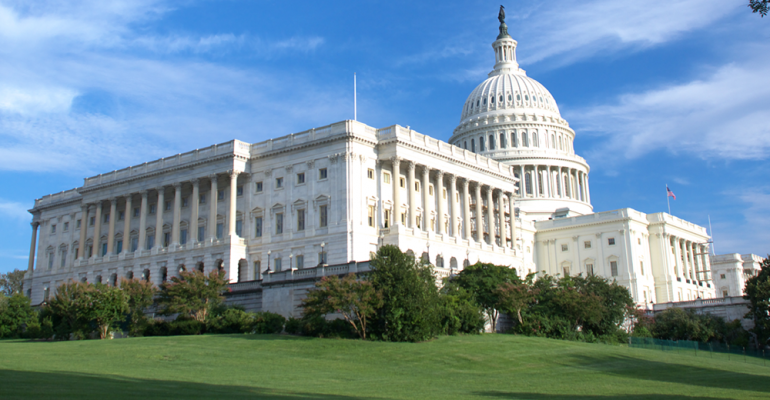 The U.S. House of Representatives on Thursday passed the Raise the Wage Act that would increase the federal minimum wage to $15 by 2025.

The bill, sponsored by Virginia Democrat Rep. Robert “Bobby” Scott, now faces a more-than-uphill battle in the Republican-controlled Senate, where Majority Leader Mitch McConnell is reportedly not expected to take up the bill and President Trump has threatened a veto. The House vote was 231-199, with six Democrats opposed and three Republicans supporting it.

The Raise the Wage Act would increase the federal minimum wage for the first time in more than a decade, impacting an estimated 33 million people. Advocates contend one in nine Americans who work full time are still living in poverty, and raising the minimum wage would boost the economy.

“When we put money in the pockets of American workers, they spend that money in their community. This bill will stimulate the economy on Main Street,” said Scott in a statement when the bill was introduced in January.

Under the bill, the minimum wage would increase from the current $7.25 per hour to $15 in phases. The first phase would go into effect this year, raising the wage to $8.40. After 2025, the wage would be indexed to median wages to keep up with inflation.

The bill would also phase out the subminimum wage paid to tipped workers in many states, as well as eliminating the rarely used subminimum wage for teen workers and those with disabilities.

Together with dozens of other allies, we won #1FairWage today in the House of Reps (along w/the #RaisetheWage Act)! To all of our allies, all the tipped workers who spoke up and spoke out, all the organizers that put boots on the ground fighting for #1FairWage, this is our win. pic.twitter.com/qqFUdjW0xt

But Sean Kennedy, executive vice president of public affairs for the National Restaurant Association, said in a statement Thursday that the legislation would cripple small and family-owned businesses and kill jobs, and that “eliminating the tip credit, overwhelmingly supported by employees, would cut salaries that right now average $19-$25 per hour.”

The Raise the Wage Act “is the wrong wage at the wrong time, implemented in the wrong way, and as the Congressional Budget Office noted in its nonpartisan analysis, the bill could end up having the unintended consequence of eliminating up to 3.7 million jobs,” Kennedy said.

Holly Sklar, CEO of Business for a Fair Minimum Wage, representing about 1,000 business owners and organizations, said in a statement, “Today’s vote to pass the Raise the Wage Act is a vital step forward. A $7.25 minimum wage is too little to live on, and that’s bad for business as well as workers. Consumer spending drives our economy and raising the minimum wage boosts the consumer spending and worker productivity that businesses depend on to thrive.

“House lawmakers did the right thing today by passing this bill,” Sklar added. “It’s time for the Senate to do the same.”