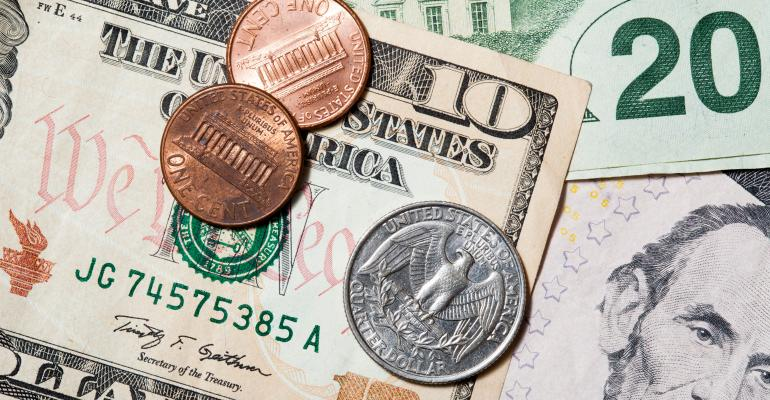 But the $15 minimum wage would also cause 1.3 million job losses

Raising the federal minimum wage to $15 per hour by 2025, as outlined in the Raise the Wage Act, would increase the salaries of 17 million American workers who currently earn below that threshold, while the same wage increase would cause another 1.3 million people to lose their jobs, according to a new composite study released by the Congressional Budget Office.

The Raise the wage Act — introduced by Congress in 2019 — would gradually raise the federal minimum wage to $15 per hour by 2025.

The study also estimates that there is a two-thirds chance that the change in employment would be between zero and a decrease in 3.7 million employees across the country, but that the number of Americans below the poverty line would drop by 1.3 million by 2025. Additionally, the average low-wage worker would see his or her earnings raise

This employment benefits tradeoff highlights the debate between liberal-leaning and conservative-leaning Congress representatives and business owners who have argued over the short and long-term effects of more than doubling the federal minimum wage for businesses, from employee turnover rate to bottom line cost to businesses.

The current federal minimum wage is $7.25 and has not been raised since 2009. However, 20 states have raised or are raising their statewide minimum wage in 2018 and 2019, including New Jersey, Oregon, and Washington, D.C. By the end of 2019, 29 states (plus the District of Columbia) will have minimum wages higher than the federal minimum wage, which has caused some concern for business owners worried about cost to their bottom line:

“The easy way to say this is that there is no free lunch,” Michael Saltsman, managing director at the conservative think tank, the Employment Policies Institute said.

Restaurant owners in particular have a lot to grapple with, since the hospitality industry has one of the highest employee turnover rates in the country at 74.9% according to the 2018 Bureau of Labor statistics.

But analysis of the CBO report from independent nonprofit think tank the Economic Policy Institute found that the results of the study are “too negative” according to previous studies on the matter:

“While CBO’s central estimate predicts some job losses, CBO acknowledged in its range of likely estimates that there may in fact be no job losses whatsoever as a result of a $15 minimum wage in 2025,” the Economics Policy Institute analysis read.

“The overwhelming share of low-wage workers would benefit from a $15 minimum wage. Taking CBO’s central estimates at face value, only 7% of the lowest-wage workers would experience employment reductions, but 93% would remain employed at a job earning 12% more an hour.”

The Institute also points out that “job loss,” as defined by the CBO, also includes employees that work at reduced hours or for fewer weeks for higher wages. Therefore, some of the statistical job losses could actual result in an employee making higher wages than they were before their hours were cut.

But business concerns over the proposed wage increases continue:

“If the $15 minimum wage did take effect, we would see several things happen: businesses would close down, and those that remained open would adapt by introducing automation or offset cost by increasing menu prices,” Michael Saltsman said.

“Some of the most harmful effects would be in lower income places, but even in higher income cities like San Francisco the $15 wage increase has created disruption, so what would happen when it went into effect in places like Detroit?”

However, a soon-to-be-published study in the Quarterly Journal for Economics that studied 138 state-level minimum wage increases found that wages were raised without significant job losses.

“What motivates our employers all over the country is that it’s bad for business when working people can’t afford the basics,” Alissa Barron-Menza, vice president of business advocacy group Business for a Fair Minimum Wage, said.

“When minimum wages are worth less in spending power than they were in 1950, then more people will work more hours and jobs just to get by. Businesses need customers who have money to spend, and when you raise the minimum wage, they can do that. That boost in spending is huge for businesses.”