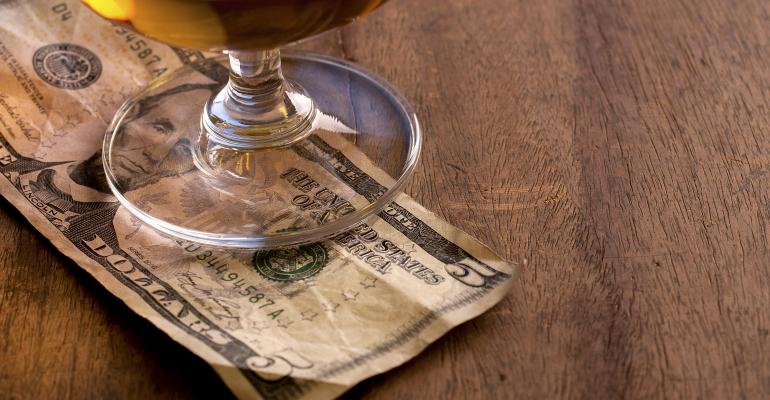 The Illinois Restaurant Association to stage protest ahead of ordinance vote

Chicago has become the latest battleground for the tip credit as the local minimum wage continues to climb.

Additionally, the ordinance — which was proposed by City Council Alderman Sophia King — would eliminate the tip credit by 2023. The subminimum wage for tipped workers in Chicago is $6.40 per hour.

The Illinois Restaurant Association contends the move would drive up the cost of labor by 144% for employers with tipped employees.

Under the proposed ordinance, which adds new language to the Chicago Municipal Code, both full- and part-time employees would be required to eventually receive a $15-per-hour wage  and that “employers must not reduce an employee's gratuities and pay employees less than what was contributed for any reason.”

Beginning in July 2020, minimum wage workers would be paid the minimum hourly wage set by law for employees who receive gratuities, plus an additional $2 per hour, which would incrementally increase until July 2023, when the tip credit would be eliminated entirely.

The Illinois Restaurant Association, along with local business owners, has scheduled a press conference on Tuesday to protest the tip credit part of the proposed ordinance, which would radically change the way restaurants run their businesses.

Some contend customers will tip less if they know servers are making a higher wage. Others predict restaurants will move to a service charge, rather than individual tips, or cut hours and trim shifts to reduce costs.

“I think the $15 an hour is going to hurt the whole industry and it’s not going to make people work harder,” said chef Won Kim of Kimski Chicago, speaking as part of an advocacy organization called Save Our Tips Chicago. “If I was a server, I wouldn’t [care], because all I’m doing is making $15 an hour per shift. I’m going to go somewhere where I can make $18 or $20 per hour. I’ve never heard someone say, ‘I wish I could get paid $15 per hour and not get tipped out.’”

But not all restaurants are protesting the fast-tracked minimum wage increase and tip credit changes.

Josh Kulp and Christine Cikowski, the co-owners and chefs at Honey Butter Fried Chicken advocate for a fair minimum wage for all employees, regardless or if they receive tips or not.

“In 2015, we began paying all of our employees a full, livable wage and eliminated the use of the sub-minimum wage or tip credit,” Kulp and Cikowski said in an op-ed published in Eater Chicago. “This means that all of the hospitality we provide is included in the price of our customers’ meals. There’s no need to tip any extra to receive great food and amazing service. To be clear, the ordinance proposal before the City Council does not prohibit tips, and restaurants are welcome to continue accepting tips if they choose. Rather, the ordinance eliminates the sub-minimum wage or tip credit.”

Alaska, California, Minnesota, Montana, Nevada, Oregon, and Washington are among the states that have eliminated (or never allowed for in the first place) the so-called tip credit. New York state is still considering elimination of the tip credit.

The press conference, held by the Illinois Restaurant Association, will take place on Nov. 12 at 10:30 a.m. at Norman’s Bistro.