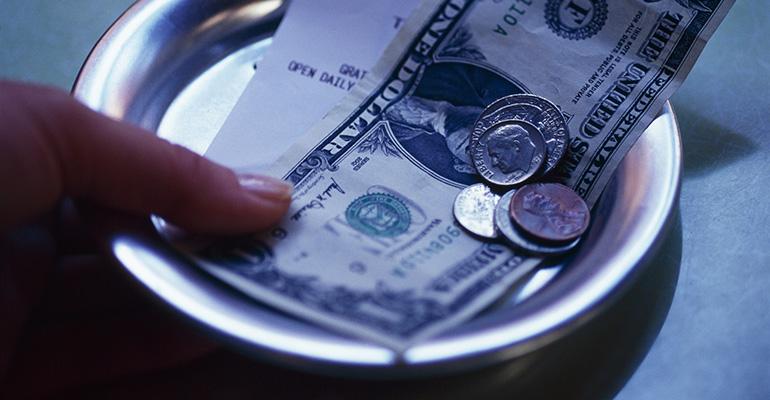 New York State labor commissioner Roberta Reardon will conduct the first of seven public hearings to examine the state’s tip credit, which allows restaurants and other tipped businesses to make up minimum wages with tips.

The public hearings, which begin on Friday in Farmingdale, N.Y., come as advocacy groups push for the end of the tip credit in the District of Columbia. Other groups are lobbying to maintain the status quo, saying restaurants and other tipped retailers thrive under the current law. In his 2018 “state of the state proposals,” New York Governor Andrew Cuomo called on Reardon to conduct the hearings to evaluate the tip credit in the state, saying tips were intended to be a reward for good service, not a subsidy to bring pay up to mandated minimum wages.

“At the end of day, this is a question of basic fairness,” Cuomo said at the time. “In New York, we believe in a fair day's pay for a fair day's work, and that all workers deserve to be treated with dignity and respect. There should be no exception to that fairness and decency.”

The first of the tip credit hearings is scheduled for Friday at 10 a.m., at the Roosevelt Little Theatre at the State University of New York at Farmingdale on Long Island. A hearing devoted solely to the hospitality industry will be held on June 27 in the Bronx, N.Y.

New York’s possible elimination of the tip credit has drawn opposition, including a full-page ad in the New York Post on Friday from the conservative Washington, D.C.-based Employment Policies Institute.

Michael Saltsman, managing directing of the Employment Policies Institute, said in an interview Friday that getting rid of the New York State tip credit “is going to be harmful to change the status quo.”

Many restaurateurs and customers remain happy with the current law, he said.

However, in calling for the hearings, Cuomo said more than 70 percent of all tipped workers in New York are women, and that African-American workers are often tipped less than their white counterparts.

“Workers in states that require the full minimum wage be paid to tipped employees experience half the rate of sexual harassment compared to workers in states that pay lower wages to tipped employees, according to a 2014 study by the Restaurant Opportunities Center,” the governor said. “The study's chief recommendation was to eliminate the sub-minimum wage for tipped workers to reduce the pressures that increase sexual harassment to create a safer and more equitable workplace.”

Meanwhile, ROC-DC, a local Washington, D.C., branch of the organization, said it had joined with other coalitions and D.C. council member Mary Cheh to launch a “One Fair Wage DC” campaign in support of ballot initiative No. 77, which calls for the elimination of the tip credit in the district. The vote is scheduled for June 19.