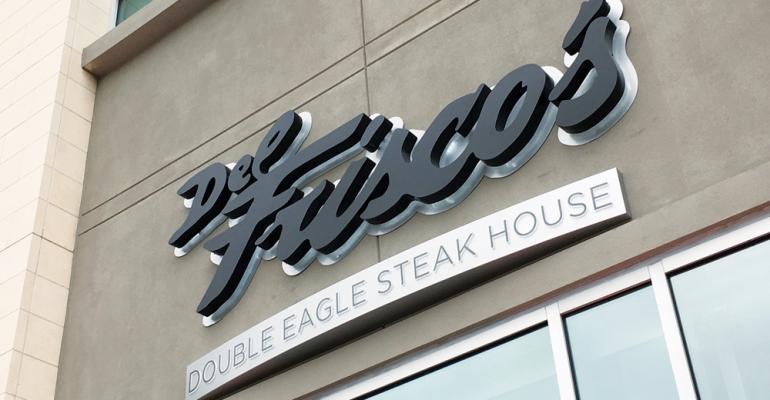 Private equity firm L Catterton has completed the acquisition of Del Frisco’s Restaurant Group Inc. for approximately $650 million or $8 per share, as first announced in June.

As part of the transaction, L Catterton will be selling two of the restaurant group’s brands — Del Frisco’s Double Eagle Steakhouse and Del Frisco’s Grille — to hospitality company, Landry’s, Inc. for an undisclosed amount, and the Del Frisco’s company will be taken private.

In conjunction with the acquisition, Barcelona Wine Bar has announced the promotion of Adam Halberg, who served previously as culinary director and president of the brand under the former Barteca Restaurant Group umbrella.

“We are confident that the separation of the business and the sale of the steak concepts to Landry’s creates the best opportunity to unlock value in all of the company’s restaurant brands,” said Andrew Taub, managing partner at L Catterton in a press statement.

“With more than 500 restaurants across the world, including a number of successful steak restaurants, Landry’s leadership in hospitality and dining is widely established, making them an ideal owner of Del Frisco’s steak business.”

Barcelona Wine Bar CEO Halberg is enthusiastic about the brand being taken private.

“Barcelona has always been a bit of an odd duck,” Halberg said in a phone interview. “It’s an innovative and unique brand with very few other small-to mid-size companies out there like this that are still fostering creativity. We will continue on this path and being in a private setting will help us focus on that that.”

As for growth, Halberg said he does not plan on adding more than two to three restaurants per year and to grow at a careful pace, choosing the right neighborhoods. New restaurants are expected to open in Dallas later this year and in Miami next year.

Landry’s meanwhile had previously tried to acquire the Del Frisco’s brands before making the acquisition official this week:

“We couldn’t be happier with the acquisition and are planning no changes to the operations,” Tilman J. Fertitta, CEO of Landry’s said in a statement.

Barteco and Barcelona Wine Bar were acquired by Del Frisco’s in the May 2018 sale of parent group Barteca Restaurant Group for $325 million. In December, Del Frisco's posted revenue of $419.5 million, up 16.1% from fiscal 2017, likely reflecting the growth from that portfolio acquisition.

In December, Del Frisco’s first announced that it was exploring the possibility of a sale amid pressure from activist investor Engaged Capital LLC, which owns 9.9% of the company’s shares. In response, Del Frisco’s enacted a shareholder rights plan or “poison pill” to prevent a possible takeover.

“It has come to our attention that the acquisition of Barteca was likely defensive in nature, intended to dissuade an already interested bidder (or bidders) from making an offer to acquire DFRG,” Glenn Welling, Engaged Capital’s chief investment officer and principal said at the time.

“Unfortunately, this scenario provides an explanation for the board’s otherwise baffling decision to rush to announce the acquisition of two totally unrelated restaurant concepts without first securing financing for the deal.”