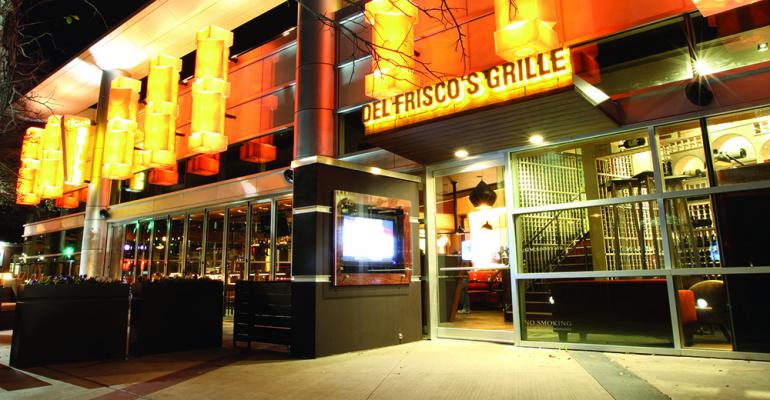 Board launches committee to evaluate options

Del Frisco Restaurant Group Inc. said Thursday its board of directors was considering strategic alternatives, including the sale of all or part of the company.

“The Del Frisco’s Board, in consultation with its financial and legal advisors, will review and consider a full range of options focused on maximizing shareholder value, including a possible sale of the company or any of its dining concepts,” it said in a statement that also said the board had formed a “transaction committee to assist in its evaluation of strategic alternatives.”

“The board continues to support the company’s existing strategic priorities and believes that Del Frisco’s exceptional collection of dining concepts will serve as the foundation for continued growth,” Carter said.

The move by the Irving, Texas-based chain’s board comes amid pressure from activist investor Engaged Capital LLC, which owns 9.9 percent of Del Frisco’s shares and has urged management to sell all or part of the company, citing “short- and long-term underperformance, checkered operational execution and high financial leverage.”

Earlier this month, Del Frisco’s adopted a “poison pill” shareholder rights plan that would be triggered if any party acquired 10 percent or more of the company’s common stock. The plan would entitle all shareholders, except for the “triggering” party, to buy shares at a 50 percent discount.

Del Frisco’s operates 73 restaurants in 16 states and Washington, D.C., including Del Frisco’s Double Eagle Steakhouse and Del Frisco’s Grille as well as Barcelona Wine Bar and Bartaco. It purchased the last two chains in June, and then sold its own 14-unit Sullivan’s Steakhouse chain in September.