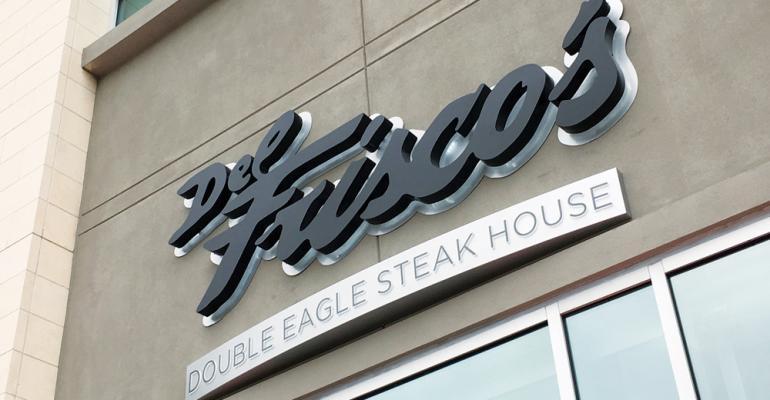 Del Frisco’s Restaurant Group Inc.’s board adopted a shareholder rights plan Wednesday as activist investor Engaged Capital LLC pressed for the sale of all or part of the company.

Newport Beach, Calif.-based Engaged, which owns 9.9 percent of Del Frisco’s shares, sent a letter to the parent of Del Frisco’s Double Eagle Steakhouse and other brands Thursday, urging outside shareholder representation on the board and the formation of a committee to investigate a sale. The company also owns the Del Frisco’s Grille, Barcelona Wine Bar and Bartaco concepts

“Given DFRG’s short- and long-term underperformance, checkered operational execution and high financial leverage, it is incumbent upon the members of the board to fulfill their fiduciary obligations to DFRG shareholders by initiating a process to explore all alternatives to create shareholder value,” Glenn Welling, Engaged’s chief investment officer and principal, wrote in the letter.

Irving, Texas-based Del Frisco’s shares at midday Thursday were trading up about 13.5 percent, at about $7.70 a share, from Tuesday’s close of $6.78. The major stock markets were closed Wednesday in observance of President George. H.W. Bush’s funeral. Del Frisco’s 52-week high was $18.85 a share and its low was $5.86 a share.

“We believe there are multiple parties interested in acquiring DFRG today, either in pieces or in its entirety, at valuations that would provide shareholders a meaningful premium to the current share price,” Welling said.

Del Frisco’s board said the rights plan, or poison pill, is set to expire in a year on Dec. 4, 2019, and would be triggered when a shareholder accumulated 10 percent or more of the company’s common stock.

“The rights plan is designed to allow all Del Frisco’s shareholders to realize the long-term value of their investment by reducing the likelihood that any person or group would gain control of Del Frisco’s through open-market accumulation without appropriately compensating the company's shareholders for such control or providing the board sufficient time to make informed judgments,” Del Frisco’s said in announcing the board’s approval of the poison pill.

Welling said Engaged, which owns more than 3.3 million Del Frisco’s shares, found the company’s performance “abysmal” since it went public in 2012 and that the company had underperformed its peers.

Del Frisco’s in June acquired Norwalk, Conn.-based Barteca, parent to Barcelona Wine Bar and Bartaco, for $325 million. The company in September sold its 14-unit Sullivan’s chain to Romano’s Macaroni Grill for about $32 million.

“It has come to our attention that the acquisition of Barteca was likely defensive in nature, intended to dissuade an already interested bidder (or bidders) from making an offer to acquire DFRG,” Welling said. “Unfortunately, this scenario provides an explanation for the board’s otherwise baffling decision to rush to announce the acquisition of two totally unrelated restaurant concepts without first securing financing for the deal.”