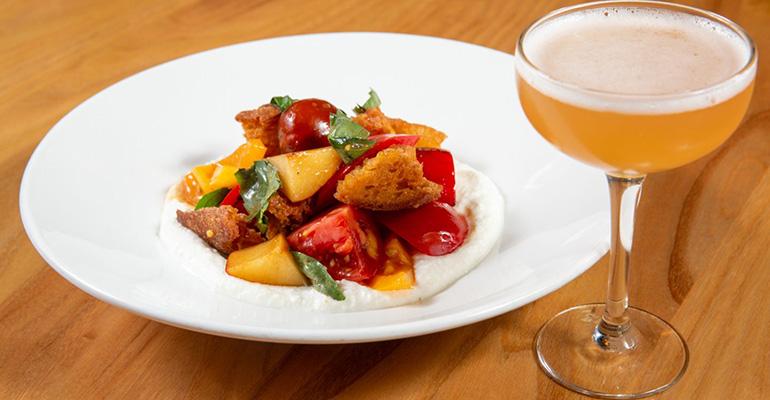 Restaurateurs cater to the sober-curious

#DryJanuary. #SoberOctober. #SoberCurious. Spend five minutes on social media, and it’s clear the conversations about drinking less alcohol have moved into the mainstream. And the data is there to prove it. Drinks with lower alcohol by volume, or ABV, which were not too long ago ordered discreetly with a whisper, now have entire sections on beverage lists. Looking for the same intensity of flavor, the same level of creativity, and the same dining experience, guests are openly declaring their interest in dialing down the ABV needle, with the trade beginning to fully jump on board.

According to Nielson data gathered just last month, “Millennials are driving the mindful drinking movement, with 66% saying they’re making efforts this year to reduce their alcohol consumption.” But the trend can be seen across all ages. For those 21 and older, the two top reasons they stated for abstaining from alcohol were health (50%) and weight loss (28%). Knowing how to cater to these patrons through the creation of exciting low-ABV options, and smart marketing, can drive sales and win fans — particularly those not looking to end their night with a lampshade on their heads.

“I think it has become more socially acceptable, maybe even respectable, to refrain from heavy drinking,” said Amanda Reed, beverage director at Heartwood Provisions in Seattle. “Those who participate in a ‘dry’ month now share this info with pride, as if it shows their peers just how much self-control they have. When you decide to take a break or to tone it down, it is no longer assumed that you have a problem.” 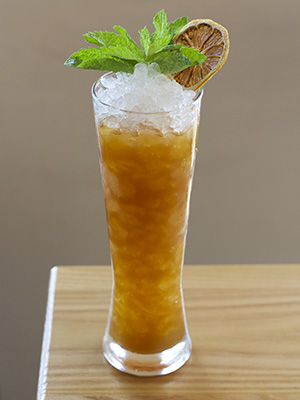 Heartwood Provisions has made a huge play in this direction by making lower-proof drinks a core of their beverage program. Each dish on the menu has a suggested cocktail pairing, which is often built around a diverse selection of lower ABV ingredients such as fortified wines, and with spirits acting more like liqueurs. Instead of the spirits making up the bulk of the recipe, they are added in smaller portions.

An added benefit of using less spirit per drink is cost saving. “Since wine and beer do not carry all the additional taxes that spirits do in Washington State, utilizing wine products and beer as base ingredients keep the costs relatively low. We price these cocktails at $7 and still make great margins,” Reed said. “Additionally, it’s a great feeling to expose people to cocktails in a way that is approachable and authentic. Oftentimes, these guests are mostly wine drinkers who never realized that fortified wine based cocktails are even an option.”

Completely non-alcoholic options are also expanding quickly. “I’ve definitely noticed a change in the demographics looking for non-alcoholic beverages,” said Christine Wright, general manager and wine director at Hearth restaurant in New York City. “It used to be mostly pregnant women and people who were likely in recovery asking. Now it’s younger people who generally avoid alcohol as a lifestyle choice, too, so we have many more options for non-alcoholic mixed drinks than ever before.”

Hearth now offers a non-alcoholic beverage pairing with their tasting menu which usually includes a cocktail, a glass of wine, kombucha and rare tea, all of which are sans booze.

Across town, at Blind Tiger Ale House, general manager Katherine Kyle is also seeing a significant shift in guests’ attitudes toward alcohol levels in their beer choices. “I think there is an increased awareness that a high ABV doesn’t always fit into the evening that someone wants to have,” she said. “So you have people saying things like, ‘I’d like to go with something a little more session-y’.”

And they’re not willing to sacrifice flavor or uniqueness in their beers to get there. Craft brewers are taking note, and adjusting to meet the demand.

“Allagash Tiny House clocks in at 3.4% ABV,” Kyle said. “It is high quality, low ABV, and falls into the long-time tradition of having a low-ABV beer for drinking throughout the day. Mikkeller does a whole series of 3% ABV beers [including a New England IPA and a lager] that are very popular in Europe and are slowly becoming available here. And Jester King’s Le Petit Prince registers at 2.8% ABV. Offering these is one more way to diversify and hopefully make more people happy.” 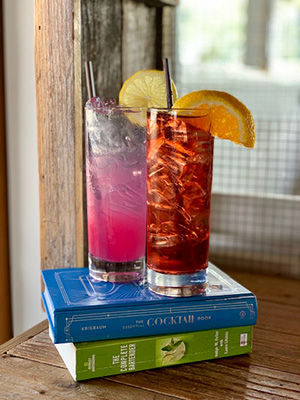 “Our location in Woodinville is in the heart of numerous winery tasting rooms and guests are asking for something lighter and thirst quenching,” she said. With many guests now asking for drinks that are “like Aperol Spritzes,” she’s rolled out a number of vermouth-based cocktails.

But she’s also learned that the marketing of these drinks is super important. Guest feedback has shown that patrons are turned off by the terms ‘low ABV’ or ‘lower proof,’ as it skews their sense of value. “I’ve had more success using verbiage such as ‘highballs,’ ‘spritzes,’ ‘refreshers,’ or ‘patio pounders,’ to describe drinks that are lower alcohol and easy drinking.”

Tim Weigel, chief mixologist for the U.S. Hakkasan Group, says that with the increase of interest from guests, he’s seen an embrace of sherry, vermouth and spritzers, in particular. But he also sees them as another tool for servers and bartenders to turn to if guests are showing signs of inebriation. Lower proof or non-alcoholic drinks can help slow down the effects, while still allowing them to be part of the party.

Weigel also points out that his training includes understanding how to pair these drinks with the restaurant’s food offerings. “You can always pair low- or non-alcohol cocktails with food just as you would with regular cocktails,” he said. “One of my favorites is at Herringbone Waikiki, where we match the Cucumber Cooler with the Buffalo Octopus. The spiciness and vinegar tang from the octopus is complemented by the cooling vegetal and herbal nature of the Cucumber Cooler.”

Added sales opportunities can also come into play. Katelyn Peil trains her servers to offer guests a lower proof cocktail while they are looking over the menus, which both sets the scene for the level of hospitality offered, as well as introduces them to the diversity of the beverage program right from the start.