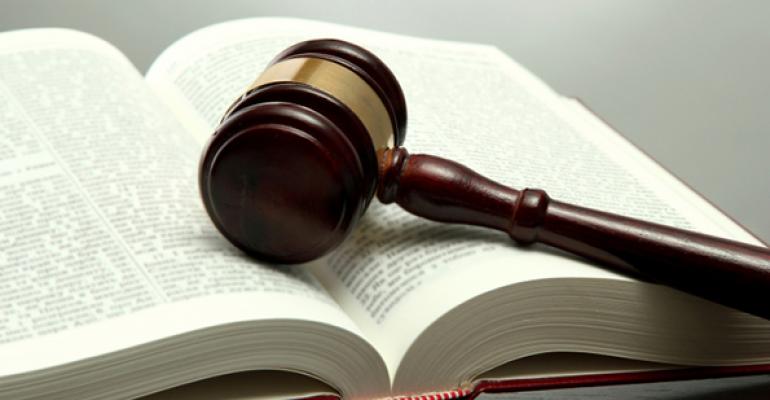 In a long-awaited ruling, the National Labor Relations Board on Thursday upheld a controversial shift in the standard for determining “joint employer” status in a closely watched case that is expected to reverberate through the franchising world.

The case involved Houston-based waste management firm Browning-Ferris Industries, or BFI, and a union that attempted to organize subcontracted workers at one of the firm’s recycling facilities. In the case, NLRB general counsel Richard Griffin argued in a brief that the 30-year-old standard for defining joint-employer status between a franchisor and franchisee, or contractor and subcontractor, should be scrapped in favor of a broader definition.

Griffin argued that a franchisor should be considered a joint employer and could be held liable for the hiring practices of its franchise operators.

In the ruling Thursday, the NLRB agreed 3-to-2 that the joint employer standard should be redefined, saying the previous definition failed to keep pace with changes in the workplace and economic circumstances. The new definition, the board said, would “better effectuate the purposes of the act in the current economic landscape.”

Key in determining joint-employer status is an evaluation of whether the larger entity possesses sufficient control over employees, directly or indirectly through a third party, even if that control is not exercised, the board said.

Griffin’s definition was fundamental in a series of NLRB complaints filed against McDonald’s USA LLC in December, including allegations that worker rights were violated during minimum wage protests in recent years.

Earlier this month, the NLRB denied an effort by McDonald’s to challenge the joint-employer definition, allowing the case to proceed.

In the Browning-Ferris case, the NLRB ruled that the waste management firm was a joint employer with Leadpoint, a company that supplied temporary workers. In that case, BFI had indirect and direct control over essential terms and conditions of employment, the board said.

The ruling was applauded in a statement by the Teamsters Union, the union involved in organizing the recycling plant, which called the decision a victory for workers across America.

“This decision will make a tremendous difference for workers’ rights on the job. Employers will no longer be able to shift responsibility for their workers and hide behind loopholes to prevent workers from organizing or engaging in collective bargaining,” said Jim Hoffa, Teamsters general president.

Opponents of the new definition argue that it will likely result in new collective bargaining obligations, and that unions will target deeper pocketed franchisors, rather than the local operators when there is a dispute.

In the lengthy dissenting opinion, board members Philip Miscimarra and Harry Johnson wrote, “This change will subject countless entities to unprecedented new joint-bargaining obligations that most do not even know they have, to potential joint liability for unfair labor practices and breaches of collective-bargaining agreements, and to economic protest activity, including what have heretofore been unlawful secondary strikes, boycotts and picketing.”

Labor attorneys agreed that the ruling will likely be a boon to labor unions attempting to organize, particularly in the fast-food industry.

“Anywhere there is a relationship between employers where labor unions are looking to make organizing gains, those relationships are at risk of being tested,” said Kurt Larkin, a partner in the labor and employment division of law firm Hunton & Williams in Richmond, Va.

A business could potentially be considered a joint employer with the janitorial company that cleans its offices at night, for example, or a private equity firm could be considered in a joint-employment situation along with a restaurant company investment, he said.

Angelo Amador, senior vice president of labor and workforce policy and regulatory counsel for the National Restaurant Association, said in a statement that “upending” the joint employer standard will have “dire consequences” on franchisees’ decisions to grow and expand their businesses.

“While we continue to review the NLRB ruling, it appears that once again the board is stacking the deck against small business,” he said.

“The board is overturning years of established law that has worked to help grow business and feed our economy,” Amador continued. “The NLRB is already using its new rationale to dismantle the franchisor-franchisee model, which would stifle entrepreneurship and obstruct small businesses’ ability to continue to create jobs in an increasingly challenging economic and regulatory environment.”

The International Franchise Association, which has been lobbying to prevent a change in the joint employer definition, described the ruling as politically motivated by organized labor, noting that the long-awaited ruling came as Congress was on summer break.

“While Congress is away, the NLRB clearly still plays,” said Steve Caldeira, president and CEO of the IFA, in a statement.

“The board ignored decades of judicial precedent and bipartisan policy agreement dating back to the Johnson Administration to invent new labor laws,” Caldeira said. “The Browning Ferris decision is proof that the NLRB may target parties to any business contract in pursuit of their ideological agenda of promoting unions above all else.”

The IFA argues that franchisees operate independently, controlling their own hiring practices, working conditions, wages and hours of operations and filing their own taxes.

The group has been pushing for legislation that would codify the long-used definition of joint employer and usurp the new NLRB standard.

“Today’s NLRB decision is a seismic shift in the board’s employer definition and, without any Congressional or court action, could significantly alter the face of American business as we know it,” Caldeira said. “If allowed to go into effect, the impact of this new joint-employer rule would be sweeping and widespread, create havoc for the franchise industry and, ultimately, would inflict serious damage to our nation’s economy.”

Also opposed to the NLRB ruling is the National Council of Chain Restaurants. Rob Green, NCCR’s executive director, described the ruling in a statement as contrary to the realities of the 21st century economy and American free enterprise.

“Chain restaurants are mostly small business franchisees that operate independent restaurants in local communities around the country,” said Green. “The NLRB is effectively telling these small business owners that their personal business investments and the details of how they run their restaurants don’t matter.”