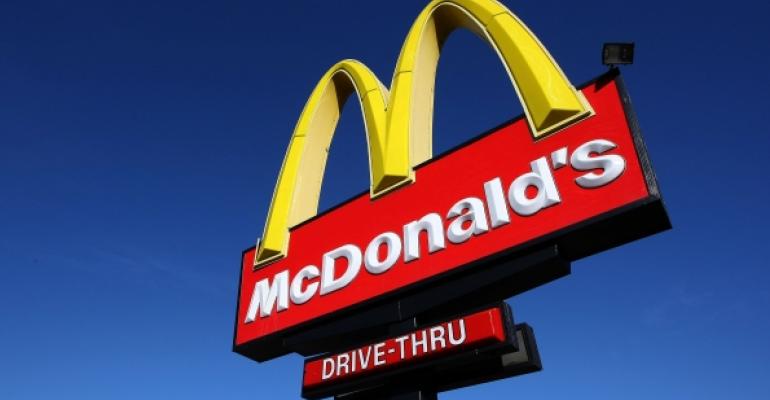 The National Labor Relations Board (NLRB) last week denied an effort by McDonald’s Corp. to delay or kill an effort to have it labeled a “joint employer” of its franchisees’ workers — clearing way for a final ruling that many industry observers expect could alter the relationship between franchisors and franchisees.

In a narrow procedural ruling, the board voted 3-2 to deny McDonald’s request for a more detailed explanation of the NLRB’s new definition of what it means to be a joint employer or an outright dismissal of the case.

“We find that the allegations in the complaint are sufficient to put McDonald’s on notice that the General Counsel is alleging joint employer status based on McDonald’s control over the labor relations policies of its franchisees,” wrote Mark Gaston Pearce, the board’s chairman, and board members Kent Hirozawa and Lauren McFerran.

The decision was not surprising. Many labor attorneys and activists on both sides of the issue expect the board to call McDonald’s a joint employer, a move that will almost certainly be appealed by McDonald’s in court.

“Everyone is waiting for the other shoe to drop: The finding that McDonald’s corporate is a joint employer with its franchisees,” said Gregory Hanscom, attorney out of Philadelphia with the firm Fisher & Phillips. “In the franchise industry, that would be a very large, seismic change.”

In a much lengthier dissent, two members of the board, Philip Miscimarra and Harry I. Johnson, argued that the board risks wasting its time and money by not explaining the change the board’s joint employer standard further.

They suggested that McDonald’s could win an appeal of the joint employer ruling by arguing that it was not given proper due process because it didn’t know how to comply with the rules.

“This denial presents an acute due process problem and is shortsighted in terms of prudently managing the board’s resources and minimizing the burdens placed on the parties,” they wrote. “Not only should (McDonald’s) motion be granted on the merits, this is far preferable to having years of litigation in a large, consolidated case, following which a court may decide that the entire case must be dismissed based on deficiencies in the complaint.”

The board’s investigation found that McDonald’s, “through its franchise relationship and the use of its tools, resources and technology, engages in sufficient control over its franchisees’ operations, beyond protection of the brand, to make it a putative joint employer with its franchisees.”

McDonald’s and the NLRB’s general counsel have been sparring in the case before an administrative law judge, Lauren Esposito, for months. McDonald’s asked Esposito to require the general counsel to provide a “bill of particulars,” or a detailed explanation of why it is now considered a joint employer under a new NLRB standard.

McDonald’s argued that the general counsel is changing the legal standard for what a joint employer is, yet only provides vague allegations about the company’s joint employer status — even though the case has “far-reaching consequences.”

Esposito denied the ruling. McDonald’s appealed to the full board, which agreed with Esposito.

Many labor attorneys believe the case could ultimately end up in the court system after the NLRB makes its ruling. If the issue over due process leads to a dismissal, as the dissenters note, that could delay matters further because the NLRB could be required to give McDonald’s its explanation for what qualifies as a joint employer, said Hanscom.

But Michael Lotito, a San Francisco-based attorney who co-chairs the Workplace Policy Institute at the labor law firm Littler, said that the case is likely to take so long to ultimately decide that a further delay might not make much difference in the case.

Lotito doesn’t expect a ruling from Esposito until next year, when it will be appealed to the NLRB, which could take even longer to make its ruling. At that point, the presidential election could also change the makeup of the board. Even if the board doesn’t change, the case could be appealed all the way to the Supreme Court.

“This trial is going to make War and Peace look like Cliff’s Notes,” he said. “This is just a really, really long saga. And from the business perspective, it is difficult because it is upsetting existing business relationships. Businesses are very adept at complying with the rules of the road, once you tell them what the rules are.

Correction: Aug. 19, 2015 Because of an editing error, an earlier version of this article transposed the words in the National Labor Relations Board in the headline.