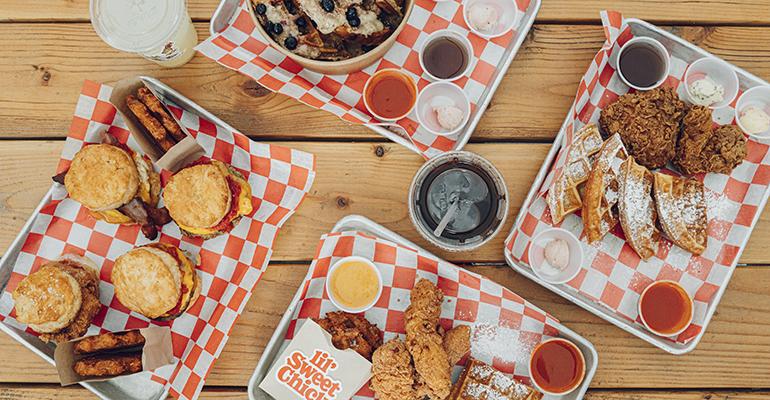 Lil’ Sweet Chick (formerly Sweet Chick) owner John Seymour made the conscious choice to convert his five units to a fast-casual format as the after-effects of the shutdown began to show.
Operations>Franchising

New York City-based chain Lil’ Sweet Chick was forced to close indoor dining across all five locations in NYC and Los Angeles – which happened to be the most heavily-restricted parts of the country – when the pandemic hit in March. The brand, seeing the increase in off-premise dining and the lack of cash flow over the past year, decided to make a major business change: moving to limited service.

We’ve seen indies shift to a limited-service model more and more during the pandemic as they say dine-in has become almost impossible to finance with capacity limits in more expensive markets.

Lil’ Sweet Chick (formerly Sweet Chick) owner John Seymour made the conscious choice to convert his five units to a fast-casual format as the after-effects of the shutdown began to show in employee safety, finances and growth.

Sweet Chick originally opened in 2013 and became known for its chicken and waffles, eventually expanding to five locations, four in the New York City area and one in Los Angeles — two markets that have had some of the more restrictive COVID-19 regulations for restaurants.

But in addition to being an already-established brand in each of its neighborhoods, Lil’ Sweet Chick had a pandemic advantage: fried chicken.

Fried chicken has been the “it” ingredient for a while now, beginning with the Chicken Sandwich Wars in 2019, and lead to the rise in fried chicken virtual brands during the pandemic. 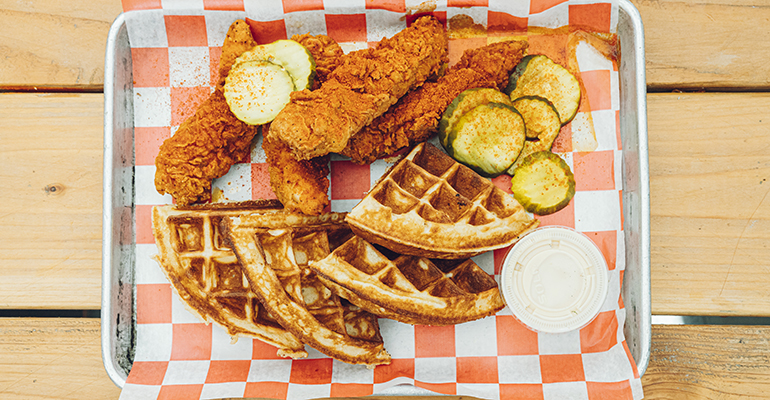 The famous chicken and waffles.

“I feel as if we own a piece of that chicken space,” Seymour said. “[The chicken market] is a multi-billion-dollar market and tons of people are throwing money at it. You have ghost kitchens and virtual brands so there’s more competition but I’m not worried.”

A benefit to this new model is that it makes expansion cheaper and easier.

“This system is stronger operationally and will help us scale quicker,” said Seymour.

Each unit cost roughly $10,000 to change to the limited-service format, including a new logo, branding, menus and indoor flow. But, ultimately, the day-to-day costs are less.

After Seymour realized not all his employees felt safe returning to once given the option, he found a way to work with the employees he did have. That also meant saving money when funds were tight. Without waiters, each unit has been able to operate with just two employees.

“The hospitality is different [at a limited-service restaurant] when you’re ordering from a counter versus coming to the table. The time in the restaurant is very short and you have to figure out additional things to enhance your hospitality style that works for the customer,” Seymour said.

Seymour had previously tested out the Lil’ Sweet Chick model at both Citi Field (where the New York Mets play) and Dodgers Stadium (where the Los Angeles Dodgers play) pre-COVID. He said that having this experience for several years helped ease the transition and taught how to give hospitality in shorter interaction times.

“We were always known for being an experiential restaurant, doing block parties, having private events, surprise events, music shows,” Seymour said. “It will be difficult to transition but I think we’ve done a great job.”

And the menu fits with that ethos, providing all-day eats and handhelds for on-the-go eating.

Self-described as “new American comfort,” Lil’ Sweet Chick introduced an all-day menu, a first for the brand. The breakfast menu has, of course, chicken and Belgian waffles, along with a variety of chicken and biscuit options. The lunch and dinner menu remains similar to the original, with chicken sandwiches and chicken and waffles as well as the classics from the former casual-dining spot: Lil’ shrimp and grits and a bucket of fried chicken.

“I have big plans for the brand this year and am considering franchising nationally, as long as I can attract the right partners who share our vision,” Seymour said.