Recent
Recent
Menu Tracker: The beverages of the holiday season
Nov 28, 2022
US Foods announces Dave Flitman as CEO
Nov 28, 2022
Why restaurants are going all-in on loyalty
Nov 28, 2022
As labor shortage drags on, employers can find long-term solutions overseas
Nov 23, 2022
How Little Caesars is leveraging tech investment and development to gain a foothold in the pizza wars
Nov 23, 2022
Featured
How 21 restaurant companies performed in their most recent quarters
Nov 22, 2022
How eco-friendly Seattle restaurant chain Just Poke is doubling in size in 2022
Nov 17, 2022
In the Mix this week: White Castle’s culture, a CREATE recap, Denver’s restaurant scene and more
Oct 27, 2022
How this emerging brand is planning on nearly quadrupling in size in just one year
Oct 21, 2022
Highlights 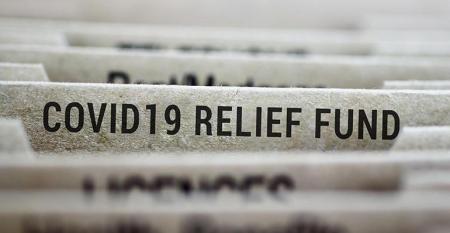 The SBA is distributing another $83 million in Restaurant Revitalization Fund money
Nov 28, 2022
The U.S. Small Business Administration is releasing the leftover funds to operators with pending applications starting this week

Here’s what we know about the remaining $180 million in the Restaurant. Revitalization Fund
Nov 02, 2022
Bipartisan politicians, the National Restaurant Association and Independent Restaurant Coalition are urging the...

Here’s how independent restaurants and small chains should approach technology
Oct 10, 2022
Seven-unit Calif.-based Massis Kabob has digital menu boards, an app and customer data insights, but they don’t do everything McDonald’s would do

Why indies are thriving during these times
Oct 10, 2022
Indies have been utilizing these strategies to survive over the past few years

National Restaurant Association asks for relief for Economic Injury Disaster Loan recipients
Sep 26, 2022
Survey shows less than 25% of operators can afford payments that are due soon

Sam Fox looks to the next era of growth with his group’s first cocktail bar concept
Sep 23, 2022
Pushing Daisies is an underground margarita bar that is opening soon in Nashville; Fox is also planning expansions for several of his other concepts
Load More