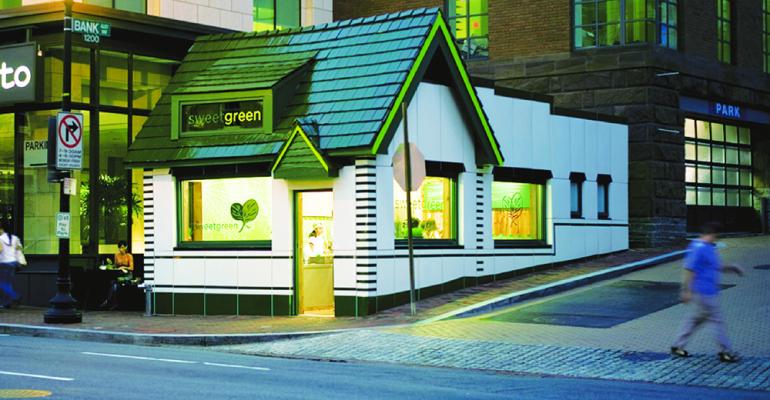 Latest round of funding pushes brand’s valuation past $1B

Fidelity Investments has made a $200 million investment in Sweetgreen, bringing the fast-casual salad chain’s total equity raised over the past five years to $365 million, the company said Tuesday.

The Fidelity funding round values the 90-unit Los Angeles-based brand at more than $1 billion, the company said.

“As a company we are focused on democratizing real food,” said Jonathan Neman, co-founder and CEO of Sweetgreen, in a statement. “Our vision is to evolve from a restaurant company to a food platform that builds healthier communities around the world.”

The company said the latest Series H funding round will go toward expanding Sweetgreen’s digital platform, layering blockchain digital ledger technology on its supply chain, adding restaurant units and markets and investing in other areas.

Sweetgreen has received a number of rounds of funding since Revolution Growth, a venture capital firm founded by AOL co-founder Steve Case, made an initial $22 million investment in December 2013.

The company’s second funding round, in November 2014, drew an investment of $18.5 million, also led by Revolution Growth, that included notable restaurateurs Danny Meyer, CEO of Union Square Hospitality Group and creator of Shake Shack, as well as chef-restaurateur Daniel Boulud.

Sweetgreen moved its headquarters from Washington, where it was founded in 2007, to Los Angeles in 2016.

Sweetgreen was a Nation’s Restaurant News Breakout Brand in 2014.

The company said the most recent investment would also go toward developing Outpost, the brand’s platform for free food delivery to offices and expanding the company’s “Sweetgreen in the Schools” program, which is aimed at food education and school cafeterias.

JPMorgan acted as sole placement agent for the Fidelity Investments funding round.