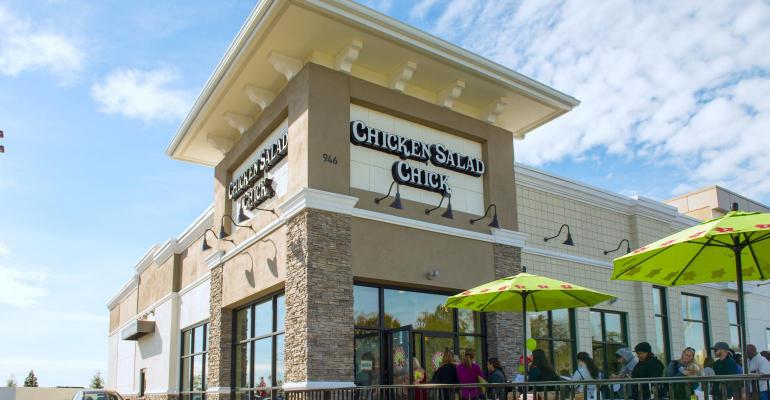 “Chicken Salad Chick could not be the brand it is today without the tireless work and dedication of the talented people that drive it to its fullest potential,” said Scott Deviney, CEO of Chicken Salad Chick, in a company release Monday.

Thompson was hired by co-founders Stacey and Kevin Brown in 2013 and helped take the brand from six to 165 units. He has been responsible for building the operations and training program across the company, according to the release. 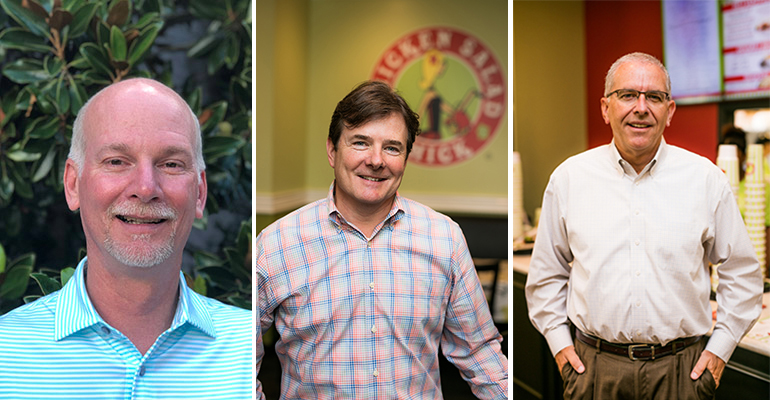 McKee has been with Chicken Salad Chick since 2015, previously spearheading growth throughout the Southeast, Midwest and Texas as VP of real estate and store development. As chief development officer, McKee will “continue to be responsible for the site selection and construction of Chicken Salad Chick’s franchised and company-owned locations,” the company said.

“Despite all that we’ve faced over the past several months, these individuals championed our brand and continued to propel it forward, so it was important for me to recognize all their contributions and provide them with the opportunity to continue to grow within our organization,” Deviney said. “We’ve come out of this challenging period stronger than we were before and are excited for all that we can accomplish in the future with this strong team in place.” 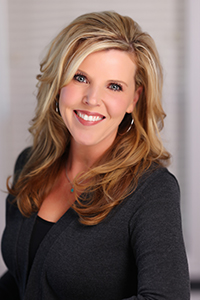 In addition to the C-suite appointments, the brand promoted two others to senior roles. Carrie Evans, left, has been promoted to vice president of franchise development, and Mary Lou Atkins to vice president of human resources. Evans previously served as an executive in franchise development for MOOYAH Burgers, Fries and Shakes; Cici’s Pizza and Nothing But Bundt Cakes before joining Chicken salad Chick in 2016. Atkins was with Popeye’s for 35 years before moving to Chicken Salad Chick in 2019.

Founded in 2008, the Auburn, Ala.-based restaurant plans to have 500 units open by the end of 2025, the company said. Chicken Salad Chick was acquired by private-equity firm Brentwood Associates in November 2019.