/sites/all/themes/penton_subtheme_nrn/images/logos/footer.png
Recent
Recent
Panera experiments with robots
Dec 02, 2022
The Recipe of Success: What you can learn from James Corden
Dec 02, 2022
Quiznos parent company appoints Vanessa Fox as company’s first chief development officer
Dec 02, 2022
The third-largest pizza chain is ready for a war
Dec 02, 2022
DoorDash’s layoffs are not a time to panic: they’re a time to rethink the delivery industry
Dec 01, 2022
Featured
How 21 restaurant companies performed in their most recent quarters
Nov 22, 2022
How eco-friendly Seattle restaurant chain Just Poke is doubling in size in 2022
Nov 17, 2022
In the Mix this week: White Castle’s culture, a CREATE recap, Denver’s restaurant scene and more
Oct 27, 2022
How this emerging brand is planning on nearly quadrupling in size in just one year
Oct 21, 2022
News>Fast Casual

16 restaurant industry execs on the move in July 2020 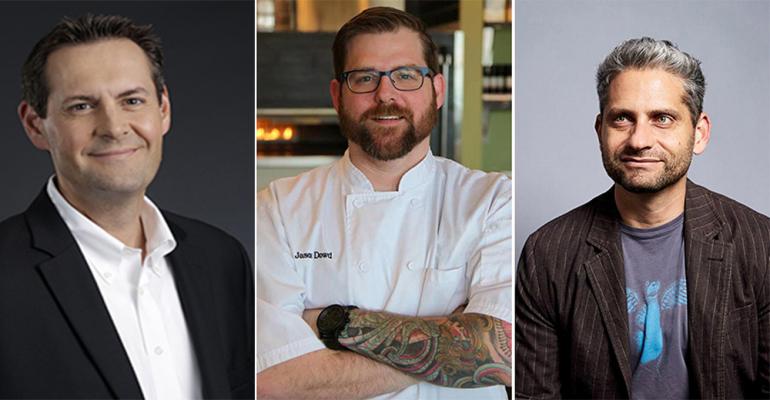 Start Slideshow ›
A Jack in the Box resignation, a new CEO at Potbelly, retirements at Ruth’s Chris and Domino’s, and more restaurant industry moves

This month saw a host of restaurant executives announcing retirements or resigning from their positions, more than we’ve seen since the COVID-19 pandemic began in March.

In July alone, executives at Domino’s, Jack in the Box and Ruth’s Chris Hospitality Group announced that they were leaving their positions.

Charlie Guzzetta was promoted to president at BurgerFi, Art D’Elia was named executive vice president and chief marketing officer for Domino’s, and Dunkin’ promoted Stephanie Meltzer-Paul to SVP of digital marketing and Santhosh Kumar to SVP of IT.

Potbelly, which also made C-suite changes in April, named a new CEO in July – the former chief operations officer of Wendy’s. The fast-casual chain was forced to consider closing 100 locations as a result of the coronavirus pandemic after a 2019 in which the brand closed more units than it opened.

See all of the restaurant executives who were on the move in July.