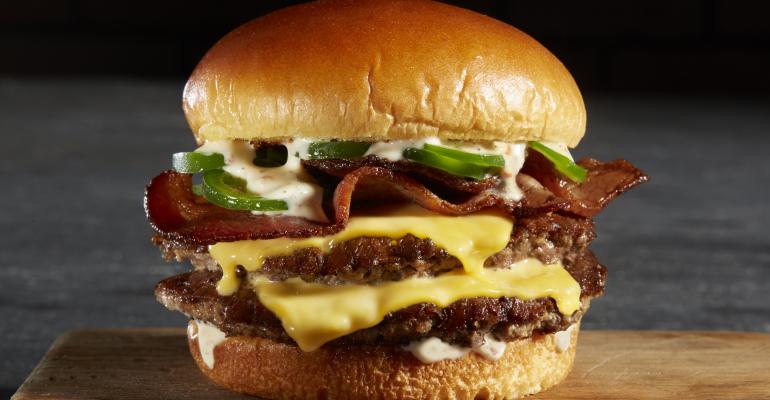 Nathan's Famous' Coney Island restaurant is undoubtedly the brand's most iconic location, but outside of that Brooklyn neighborhood, the brand and its hot dogs are hard to find in New York City. But on April 1st, Nathan's will be available across most of the city. The brand isn't planning any new physical locations but is rather working with Kitopi, a growing player in the ghost kitchen space. Nathan's is the largest U.S. brand to work with the Dubai-based company and one of the largest brands to expand into the ghost kitchen space so significantly.

"This partnership gives Nathan's Famous a unique position in our home city, allowing us to expand our service and offer the flavor of New York to everyone in NYC," said James Walker, SVP of Restaurants at Nathan's. "We've followed the evolution of delivery and managed cloud kitchen platforms closely and are excited to test this modern advancement in offering our customers more ways to access and enjoy both our 100-year-old classics and new menu items."

The new partnership will give Nathan's a chance to show off its new chicken, burger and sub line. Many of the new menu items have ingredients and names that nod to the Big Apple, like the Hell's Chicken Sandwich, BBQ Bacon Tribeca and Harlem Hot Honey Half Chicken.

"Nathan's first reached out to us a few months ago with a proposition to work together," wrote a Kitopi executive in an email. "We were quite excited as we're generally a fan of Nathan's, so to work with a large, well-known brand such as theirs meant that people were truly understanding why we exist— i.e. Kitopi is a managed cloud kitchen platform that partners with brands to help them expand their delivery reach."

Kitopi's unusual business model attracted Walker to the company. Kitopi offers what it calls a platform, rather than just a kitchen. The platform includes a “brand ambassador” who comes to to restaurant locations to learn how to prepare dishes.

"Kitopi caters to the entire customer experience journey—from the call center to delivery, allowing restaurant owners to focus on running their dine-in space, marketing, and menu development," the Kitopi executive said in an email. Kitopi staff cooks a brand’s dishes and works with various third-party marketplaces like Grubhub, Seamless, Doordash, Postmates and UberEats for delivery.

Kitopi currently operates more than 30 kitchens in five countries, including the U.K. UAE and Kuwait. Nathan's dishes will be made in and delivered from Kitopi’s three kitchens in New York City, one in Brooklyn and two in Manhattan. Kitopi is planing to open two more in New York City soon, and Nathan's plans to expand its reach with the company. In February, Kitopi raised $60 million in funding with plans to open 50 locations in the U.S.

Generally, delivery and off-premise is a growing part of the restaurant industry, and in the last few weeks as consumers have become increasingly nervous about close interactions due to the coronavirus, the segment has seen intense focus.

Early data shows an increase of to-go restaurant sales in Seattle, the first U.S. market affected by the coronavirus outbreak. Average to-go sales by restaurant location increased by 10.5% during the week ending March 1st, according to Black Box Intelligence Data.

In a city like New York, which already relied heavily on delivery, Nathan's announcement is auspicious.