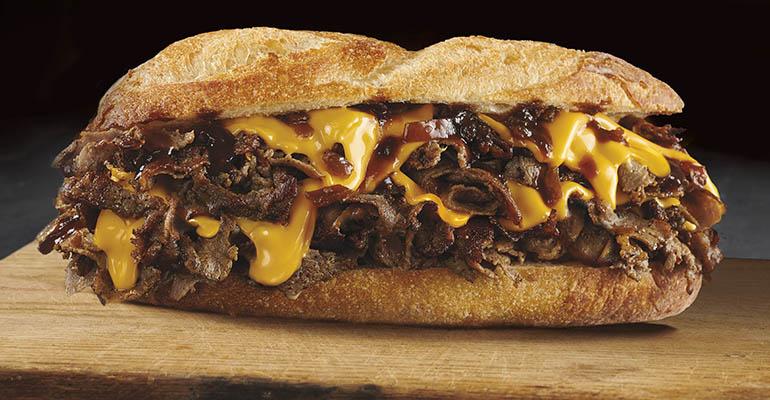 When most customers think Nathan's, they think hot dogs and Coney Island. And that's just fine by James Walker. The senior vice president of restaurants for the brand is bringing in a ton of new menu items and creating a new prototype, but some things need to stay the same. Hot dogs and Coney Island are part of what Nathan's Famous is, well, famous for and that's not changing.

"Our North Star is, we are the flavor of New York," said Walker, below.

On the menu, Walker, a trained chef and alumnus of Subway and Johnny Rocket's, has updated the brand's burgers and introduced a line of heroes and milkshakes. A new chicken program is coming soon, which will include sandwiches, tenders and a half chicken served with fries and pickles. 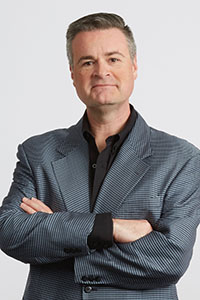 The chicken line needed to be "easy from an operational standpoint" and "have a unique identity." Walker tapped chef Mark Miller, a James Beard Award winner who has been brought in to guide QSR concepts on menus in the past. Walker describes what he came up with as a one-step wet batter with a Southern vibe and tempura texture. It looks good, too.

"All of our food has to be memorable, craveable, and Instagramable. We say that every day," said Walker. 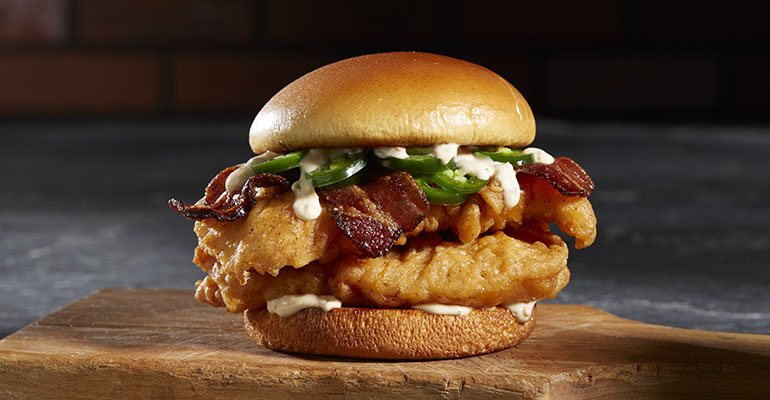 The hero line — introduced by Nathan’s in 2019 — includes a New York Cheesesteak and pastrami and meatball heroes. The cheesesteak is a little different than the Philly variety, in part because Walker worked with famed New York meat purveyor Pat LaFrieda. LaFrieda supplies the half-pound of black angus ribeye that anchors the sandwich. He also helped guide Walker toward what a New York Cheesesteak was. The result is topped with caramelized onions, LaFrieda Butcher Reserve Steak Sauce and American cheese and served on a Balthazar Baguette. It sells for $8.49, as do the pastrami and meatball heroes. The pastrami is a nod to the classic New York deli sandwich, while the meatball hero looks straight out of a traditional red sauce joint.

All the menu items are oversized — The chicken sandwiches are double breasts, the burgers are half-pounders, the heroes veer hard into fork and knife territory. "A large, healthy, high-value portion" is part of the appeal of Nathan's, said Walker. But somehow, customers order these new menu items alongside the familiar hot dogs.

Walker notes that staples like those hot dogs and the brand's signature crinkle-cut fries aren't changing. Nathan's uses Katahdin potatoes, a slightly sweet variety grown specifically for the brand. The potatoes are shipped whole, cut in two different directions in house, and fried in corn oil.

Walker isn't messing with tradition, but he wants to balance Nathan's history with its future, a tension that can be seen in the brand's new prototype.

“As customers line up to order, they will pass glassed-in display grills cooking signature items like our hot dogs, cheesesteaks, and burgers. We intend for them to see the pride and care with which their food is prepared,” Walker said in a news release announcing the new design.

The new look, like Nathan's menu, is memorable and Instagramable. The design includes elements from the recognizable Coney Island location, like the yellow sign jutting out from the side of the building. Walker is one of the thousands who have taken selfies under that sign, he said. But the new look caters to the convivence that today’s customers crave, said Walker.

The brand is currently looking for franchisees to work with on the new design.

"When you go into this new prototype, you're going to feel like you are in New York City," said Walker. "We refer to this as the Five Boroughs design."