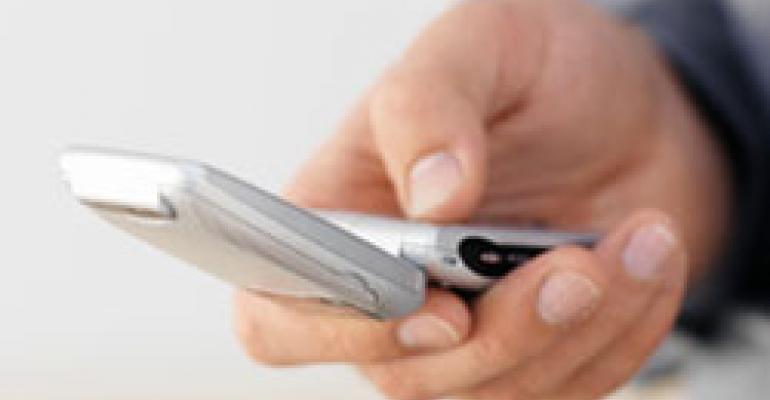 For general manger Nijmeh Shihadeh, simultaneously texting the latest promotions to all 15 employees at the Auntie Anne’s unit in the Exton Square Mall in Exton, Pa., was as easy as hitting the send button on her computer.

No more punching in each employee’s phone number or name to send a staff message. Whatever special offer the pretzel store was running that week, she could easily inform her staff before they got to work though an internet-based, mobile phone application.

While using mobile apps to reach customers is gaining popularity among restaurant operators, some also are finding the cell phone text message an optimum way to reach their younger employees and encourage them to reach sales goals. There are others, however, who discourage cell phone use among employees while working, and believe a text from a manager could send a mixed message.

Regardless, the text message has become the primary method of communication for teenagers to reach friends, surpassing face-to-face contact, email, voice mail and instant messaging, according to a recent report by the Pew Research Center. And restaurant owners and managers are using their fingers to tap in to their workforce.

“For us older folks, we don’t quite get it, but for these kids, it’s their main form of communication these days,” said T.J. Schier, an owner of 10 Which Wich sandwich shops in the Dallas metro area. “As a manager, if you can get into their world a little bit – it’s similar to having employees who speak more Spanish than English. If a manager can learn a little bit of Spanish, he can make them more comfortable.”

Even with policy bans on cell phone use while serving customers, restaurant companies are finding the text message an effective way to reach their younger employees.

Managers, trainers and owners use text messages to send accolades, promotion reminders and schedule changes to employees. While scheduling can be tied into online applications that create gang-text messages easier, most of the time managers are typing individual messages or taking the time to enter every single employee’s cell phone number or name to send the same message to everyone.

“I realized almost two years ago that texting was such a popular form of communication that they used it more than email or phone calls,” Shihadeh said. “They always text back. I almost always get a response back.”

Shihadeh had been using her phone to send motivational text messages to her employees, and then last year, her store was one of 10 Auntie Anne’s that participated in a text-messaging pilot program last year sponsored by Coca-Cola Co. The Coke-Text pilot allowed managers and company officials to easily send promotional messages to workforces, as well as involve them in awards programs.

Auntie Anne’s managers would send out messages of certain promotions tied to sales goals. Names of employees who met the goals were entered into drawings for such prizes as $25 gift cards.

Auntie Anne’s, the Lancaster, Penn.-based franchisor of more than 1,000 units, is considering whether to roll out the text-messaging program company-wide.

“The efficiency is what we really took away from it,” said Auntie Anne’s director of communication, Valerie Kinney. “Here is something managers are already doing, but it was made more efficient for us.”

Coca-Cola partnered with I Loop Mobile to create the platform, said Nicole Hutchinson, spokeswoman for the Atlanta based soft drink giant, which expects to offer its Coke-Text program to other restaurant companies by the fall.

Even sending individual text messages can be an effective time saver for managers who need to reach employees outside of the restaurant, Which Wich’s Schier said.

Schier said if he is in a store and needs to see if another employee can come in to work, he will send out a text and get an answer within minutes.

“We monitor it and as along as it does not get absurd and they stick to using it in the back and on breaks, that’s fine,” said Schier who admits to using his own iPhone in stores to answer emails and send messages. “The kids appreciate it.”

Some restaurant operators, however, discourage cell phone use and text messaging all together.

Since employees are not allowed to use phones at work, texting them sends a mixed message, said Christine Matousek, executive training manger for Upstream Brewing Co., a two-unit brewpub in Omaha, Neb.

“You would find people texting at the side station, calling each other and checking their Facebook page,” Matousek said. “Our whole goal is hospitality and guest services. How much attention is the guest getting while you are texting or checking Facebook?”