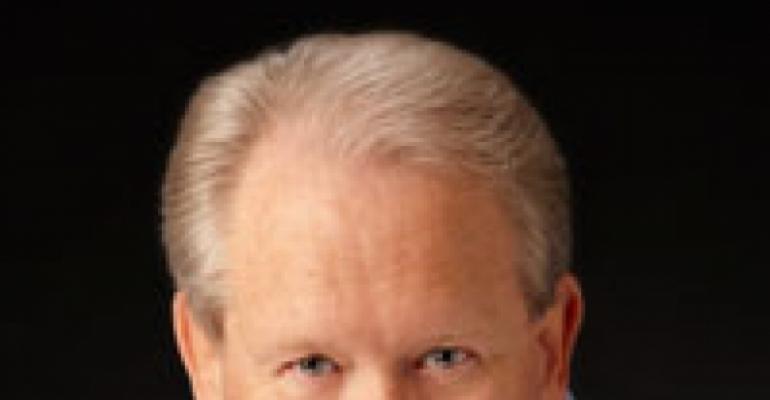 Exec discusses the challenges of rebuilding the brand's franchise system

The current management team has had the reins at Hurricane since December 2008, when investor group Hurricane AMT LLC, led by chairman and chief executive John Metz — a franchise operator of Denny’s, Dairy Queen and Marriott hotels — acquired the brand. The prior ownership group had been sued by franchisees who had accused the brand of deceptive practices and earnings claims.

O’Dowd, who had been chief executive of Famous Dave’s of America before coming to Hurricane, spoke with Nation’s Restaurant News about the challenges of franchise growth in the current industry environment.

How difficult is it to regrow a franchise system with such a recent history of franchisee tension?

Every potential franchisee we talk to asks us specifics about that. There’s this one really scathing e-mail floating out there on the Internet that goes on and on, and it’s legitimate, from somebody who opened and closed five Hurricane units in a year in Las Vegas. … We bought a very broken system, and we needed to repair that system before we could grow it.

We spent a lot of time earning our stripes in the restaurants with our current franchisee base. They wouldn’t spend more money if they didn’t believe we were on the right track, and they continue to develop their territories. The community of legacy franchisees continues to enlarge and expand their restaurants.

What makes this growth story believable is every one of our newly signed area developers has 20 years of restaurant industry experience and has developed around 100 units in the past. … It’s brought a high level of professionalism, which will enable us to grow over the next several years.

Why is this a good time to accelerate your franchise growth?

Even prior to announcing this deal — and we opened 11 restaurants last year on a base of 29 — our concept was appealing in this economic time because it has not only great food but great box economics. We’re able to get these units open quickly, and we’re huge fans of secondhand spaces.

Has lending to potential franchisees improved, or is funding still just as hard to come by as it has in the past few years?

Funding is fairly nonexistent. But the franchisees we’re getting fit different profiles. One type is people who are already multibrand operators, and maybe their brand is mature or their territory is built out, so they’re looking for a new product for their portfolio. They typically can self-finance.

The second type is made up of people who have taken retirement and still are at an age where they want to work and have another go at making an income, or maybe they’re doing some legacy planning. We’re attractive to them because we’re not the big bar, and we’re not the late nights, and the return on investment is achieved in about three years.

The third group is all the people that visit our restaurants and enjoy the experience, and they do the typical family-and-friends route for raising capital. If you’re raising $400,000 or so instead of $2 million, then you can do friends, family and other people’s money. We’ll sell single-unit agreements there, and our sweet spot is about three to five restaurants per franchisee.

Buffalo Wild Wings recently told investors that wing prices are the lowest they’ve seen in years. Are commodity prices working as well in your favor?

I wouldn’t go so far as to broadly say commodity prices are good, because oil is punishing the entire market. But on the wing side of it, it’s a very favorable market, and we watch it on a daily basis. We are paying about 67 percent of what we were paying a year ago today.

In what ways does Hurricane benefit from having a veteran franchisee like John Metz as its chief executive, as opposed to somebody who’s only been on the franchisor side of the relationship?

What the franchisee gets out of that is the chief executive makes decisions through the eyes of the franchisee. We drive the lowest possible price to our franchisees for all their commodities, closely watch our supply line management and make sure every rebate comes back from our manufacturers directly to the franchisees. We’ve lowered our costs of development by 22 percent through efficiencies in purchasing materials. We only make money one way: franchising. The only thing we’re interested in are healthy franchisees, and we have not resold or flipped a single store since taking over.

The franchise environment is difficult and has changed dramatically since 2008. The techniques of sourcing franchisees and closing sales that applied a few years ago no longer work. We’ve been blessed with being in Florida, where a lot of people come to visit. But we also got very in tune with social media, so we’re always contacting our guests. We also attend 11 professional shows every year, so we’re in the field talking to people constantly, and it’s starting to get traction.