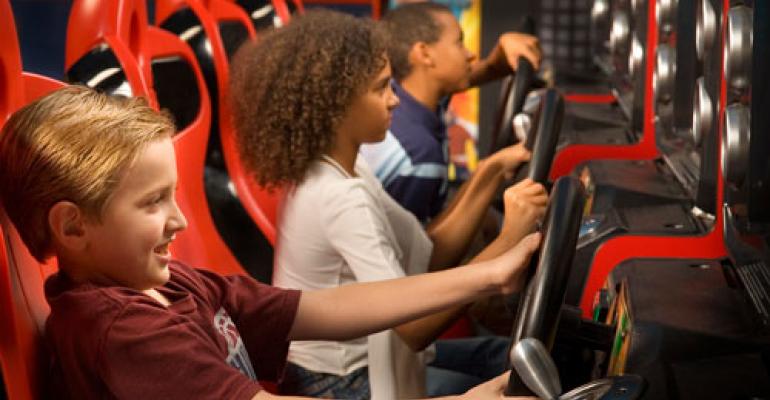 Franchisee to open 4 of the entertainment centers

The centers, which will range from 45,000 square feet to 60,000 square feet in size, are larger than typical GattiTown stores, said Austin, Texas-based Gatti’s, which more than 125 restaurants in 11 states.

Besides the Gatti’s pizza buffet and game room with video and arcade games, the new GattiTown locations will include indoor bumper cars and go-carts, miniature golf and miniature bowling.

“These larger-than-normal GattiTown's are conversions of closed stores of a very similar concept to ours and not new development as such,” said Nick Moore, president and chief operating officer of FMS of Austin, Texas.

“The opportunity to reopen these stores in good locations at a fraction of the original cost is very attractive, even in a recovering economic environment,” Moore said. “Stores of this size have shown in good economic times to be category-killers and dominate the market.”

He said the recession has led to lower commercial real estate prices. “This has allowed us to approach potential landlords and re-negotiate long-term leases with more favorable terms,” Moore said.

Mike Mrlik, chief executive of Gatti’s, added, “In this lingering downturn, you don’t expect to see expansion like this.”

The El Paso unit is scheduled to open in mid-February and the Oklahoma City location in early March. The other two units are expected to open later in the spring.