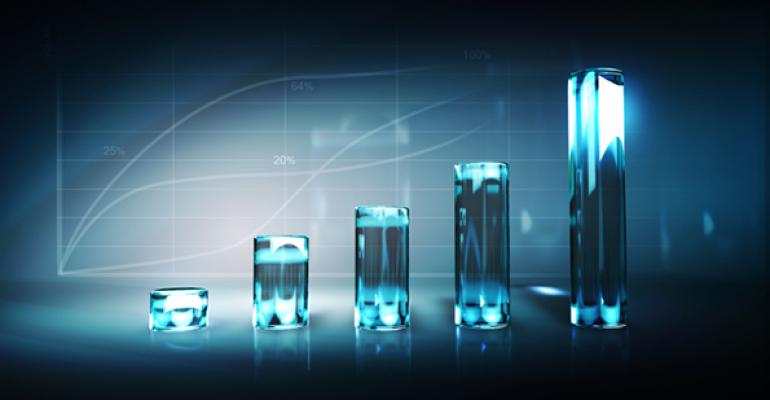 Lower gas prices driving growth is debatable, according to executives at ICR XChange

One thing is certain: recent employment growth has been a boon to the restaurant industry.

“The No. 1 thing is jobs,” said Wyman Roberts, CEO of Brinker International Inc., which operates or franchises 1,622 restaurants under the Chili's Grill & Bar and Maggiano's Little Italy brands.

Denny’s CEO John Miller said workers rely on restaurants during the workday.  “People who are at work are not at home to prepare their own meals,” he said.

Gas prices, which are $1 a gallon lower than they were a year ago at this time, are also providing many consumers with a sudden and unexpected infusion of cash. But whether that cash is flowing to the restaurant industry is more a matter of debate.

Those were the underlying themes on Monday at the ICR XChange consumer conference in Orlando, Fla., where numerous restaurant chain executives made presentations to Wall Street investors.

“Overall historically, gas prices haven’t correlated with restaurant sales,” Roberts said. “That said, no one has seen gas prices drop a buck either.”

Gas prices fluctuate from time to time and are periodically given credit for influencing restaurant sales, but there is little evidence gas price changes influence restaurant sales one way or the other.

However, the latest gas price decline is unprecedented. The price of a gallon of gas has fallen for more than 100 straight days, according to AAA, and in 2014 Americans saved $14 billion due to lower gas prices. Someone who uses around 60 gallons of gas a month now saves nearly $70 from what they spent a year ago.

Some say it’s difficult to imagine that at least some of that isn’t flowing into restaurants, and late-year sales seem to bear that out. The NRN-MillerPulse survey recently reported its best month in eight years in December. Black Box Intelligence said its fourth quarter index was the best in six years.

“It’s hard to say it’s not,” Miller said. “When they drop this far, someone’s got to get some occasions out of that. That’s real money.”

On Monday, Popeyes Louisiana Kitchen Inc. reported double-digit same-store sales growth in the U.S. of 10.7 percent in the company’s fiscal fourth quarter. That has capped a strong, seven-year run for the chicken chain.

A big reason for the company’s growth, according to CEO Cheryl Bachelder, is the profitability of Popeyes’ franchisees. The chain is the only franchise restaurant that reports franchisee profitability numbers in its SEC reports, and those numbers have grown.

Zoe’s Kitchen Inc. was one of the top performers among restaurant companies that went public in 2014. The chain has 132 units and expects to open 30 locations this year.

Much of that growth will be credited to the chain’s health halo, due to its Mediterranean menu and the reported health benefits of such a diet. And young adults are well versed in health, CEO Kevin Miles said.

“My 17-year-old daughter was far more educated on nutrition than I ever was until I was in my 40s,” he said. “It’s out there, and they start at a very young age.”

The key for Zoe’s is to ensure that it gets fresh produce, its top food product. That means whole lettuce, for instance, not bagged. Miles also said that consumers want transparency in their food — they don’t care so much whether it’s organic.

“They want to know what they’re putting in their mouth,” he said.

Miles said Zoe’s main competition is not other restaurant chains, but Whole Foods and its prepared food section. “That’s who we compete with,” he said.

Mobile technology isn’t just a luxury for restaurants these days; it’s a must, according to executives attending the conference. That includes Noah Glass, who founded mobile ordering provider Olo a decade ago.

At that time, when relatively few people had a smartphone, mobile app development was not a priority at the executive level. Glass had to convince operators that mobile ordering was a good idea. Glass would get to talk with the chief marketing officer “if I was lucky.”

Most restaurant companies presenting at ICR highlighted their technology development initiatives. That included Papa Murphy’s Holdings Inc. The Vancouver, Wash.-based take-and-bake pizza chain has been behind its pizza competitors on the technology front, but president and CEO Ken Calwell insisted it will catch up.

The company has been converting its 1,400-unit system from cash registers to a point-of-sale system, and hopes to be fully integrated by 2016 to enable online ordering.

While the chain is following, Calwell said, it is a “fast follower,” meaning it will still be ahead of most of the pizza sector. “Pizza is a $45 billion category,” he said. Domino’s and Pizza Hut “only make up 35 percent of that, so 65 percent of the category doesn’t have online ordering.”

Papa Murphy’s stock price was relatively weak in 2014 for a newly public chain, due in part to weakness in some of the company’s newer markets. Calwell said the company has stopped expanding in new markets and is instead expanding in existing markets more quickly.

Doing so, he said, enables the chain to develop critical mass more quickly, so it can start advertising on television in those markets. Papa Murphy’s doesn’t advertise nationally.

The company is also directing some marketing dollars to less-penetrated markets, where operators follow company guidelines. It is showing operators evidence that restaurants that do a better job of operating have stronger sales.

Papa Murphy’s has a five-star operations program in place. Units get stars for their ability on various operations metrics, such as speed, customer satisfaction, quality of service and cleanliness and profitability. “Basic blocking and tackling,” Calwell said. Those units that score five stars on that program see a 10-percent same-store sales improvement. Those with no stars? A 3.6-percent same-store sales decline.

Sales for Dunkin’ Donuts were largely considered a disappointment in 2014, which CEO Travis acknowledged. “No one takes comps more seriously than me,” he said. “We were disappointed in our 2014. But we’re going to do better this year.”

Travis acknowledged that he was “a little surprised” by the weakness this year, but said, “We learned a lot from it. We’re better prepared, and had a little pickup at the end of the year.”