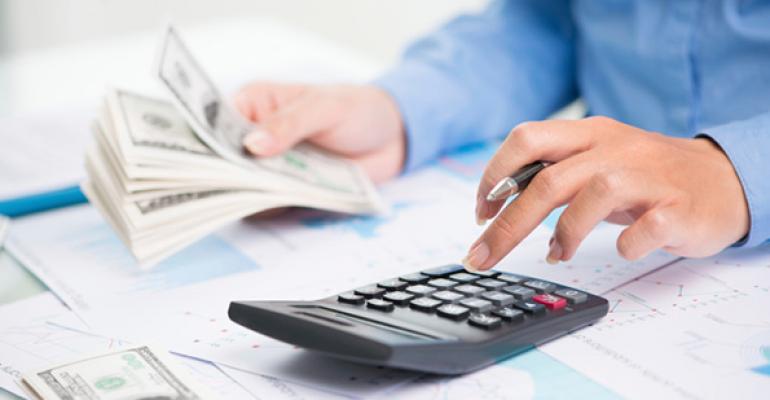 Mindset should improve in 2015, NRA said

More than five years after the Great Recession, American consumers are still worried about their finances and are cautious about spending, according to a report released on Wednesday by the National Restaurant Association.

More than half of consumers surveyed by the NRA said that their finances were either fair (36 percent) or poor (18 percent).

That’s only five percent fewer than the percentage of adults who told the NRA that their finances were in fair or poor condition back in 2010, when the economy was only starting what has been a painfully slow recovery.

Only 8 percent of adults in the recent survey described their financial condition as “excellent.”

Concerned about their finances, consumers are cautious when it comes to spending. Seven in 10 consumers are either holding back on spending “significantly” or “somewhat,” according to the survey. 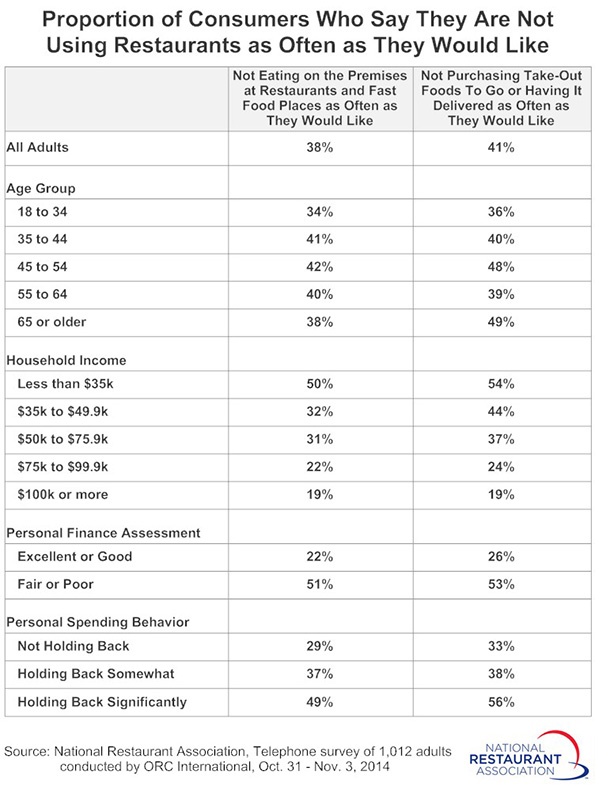 “While it’s not surprising to see that consumers remain uncertain about the economy and cautious in their spending habits, the magnitude of the impact and the fact that it cuts across all demographic groups demonstrate the degree to which the Great Recession impacted the psyche of the American consumer,” Bruce Grindy, chief economist at the NRA and the author of the report, said in a statement.

“Even a majority of individuals in households with annual income above $100,000 report that they are holding back on spending in some fashion,” he said.

More than four in 10 consumers said they regularly worry about their household finances, being able to save for retirement or keeping up with their bills. Among Millennials, student loan debt is the biggest concern: 55 percent of those 18 to 34 worry about their loans very often or somewhat often.

The report is based on a telephone survey of more than 1,000 adults from October 31 through November 3, and was done by researcher ORC International for the NRA. Its results provide key insight into the mindset of consumers, an important consideration for the restaurant industry, which is fully dependent on an eagerly spending public for its growth.

And though the survey shows that consumers still believe the economy is struggling, there are some signs of optimism. Among all adults, 34 percent said that their financial situation should improve in 2015 while only 8 percent said it would get worse. The optimism is most pronounced among Millennials, ages 18 to 34, of whom 49 percent believe their situation should improve.

“On the positive side, the survey suggests that this recession mindset is not a permanent state for consumers, and they will continue to come out of their shell as their personal finances improve,” Grindy said. “It’s clear that American consumers haven’t abandoned restaurants, but rather are choosing their visits more carefully until their financial situation improves.”

Nevertheless, the NRA study suggests that “searching for green shoots” in a consumer study shouldn’t be part of the conversation five years into a recovery. “But such was the impact that the Great Recession had on the psyche of the American consumer,” the study states.