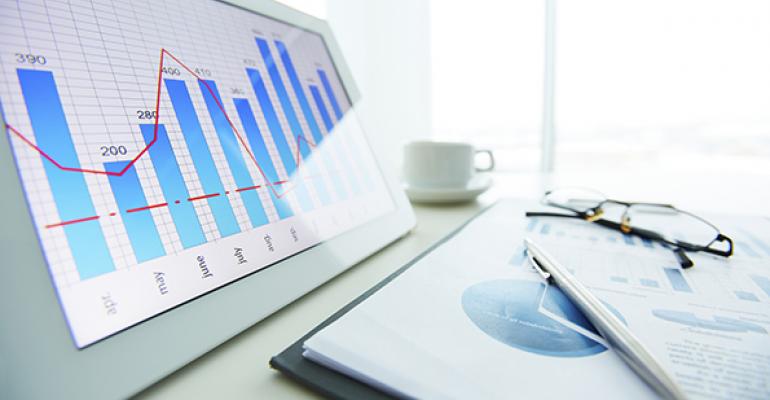 In a special series, NRN editors predict the trends that will emerge in the coming year in all areas of the restaurant industry. Here, Jonathan Maze tells us what&rsquo;s next in restaurant finance.

When my editor asked me to come up with a few predictions for the upcoming year in restaurant finance, I was tempted to simply Instagram a picture of myself pointing at a 2014 calendar, with a caption that said, “Ditto.”

But my editor has this tendency to demand a few more words from me than that, so here I am to say that 2015 will look much like 2014, only with cheaper bacon.

Of course, this is barring the infamous “unforeseen circumstances” that make prognostications like this so risky. Eighteen months ago, few people outside of veterinary epidemiology departments could have guessed that a virus would sweep through the U.S. hog population, raising prices for bacon and pulled pork. And if you guessed a year ago that oil prices would crater in the back half of 2015 and take gas down with it, you’d better be awfully rich right now.

Beyond that, it’s difficult to sense any catalyst that could change restaurant finance that dramatically in 2015. Expect there to be plenty of buying and selling of restaurants. Expect the IPO market to flourish once again. And expect sales to be mediocre.

That last part might be a bit of a surprise. After all, restaurants are going into 2015 fully expecting to benefit from lower gas prices and higher unemployment. In addition, the comparisons get easy this winter and into spring as restaurants compare themselves with those Polar Vortex months of 2014.

But indeed restaurant sales will be a disappointment in the coming year, especially considering those supposed benefits. They’ll be better, but not quite as strong as some people think.

This is based on November. It’s only one month, but both Black Box Intelligence and the NRN-MillerPulse survey pointed to a disappointing 30 days — particularly considering that gas prices are their lowest in years, and the economy added more jobs in November than in any month since 1999.

Lower gas prices and higher employment should have lifted sales, but it seems as if consumers have other things to spend their money on. There are also simply too many places for consumers to buy prepared food, like gas stations, pharmacies, grocery stores and Costco.

Still, sales will be better, and some chains will do better than others. Fast casual concepts will grow the most because they’re newer and more nimble. Casual dining will struggle the most because those chains are older and slower, but there will be winners and losers in all sectors.

Many of these fast-casual chains will find their way to the IPO market, which should enjoy another robust year in 2015. Six restaurant chains will go public, one more than the five that went public in 2014.

This is an easy prediction, because there are six chains reportedly mulling an IPO but which have yet to make public their desire to go public.

Mergers and acquisitions to continue

Owners of restaurant companies can get more for their money by selling stock to the public than they can get by selling their business to another company or private equity group. Investors are giving growth chains good multiples, and as long as the restaurant industry remains in their good graces, there’s little reason to believe that will change.

This isn’t to say that restaurants won’t change hands in 2015. The restaurant merger and acquisition market will remain hot in the coming year, even if it won’t quite be as big as it was in 2014.

We won’t see an acquisition along the lines of Burger King’s $11.4 billion acquisition of Tim Hortons, but the market remains favorable for deals. There are plenty of willing buyers out there and more than a few sellers.

Meanwhile, franchisees will continue to get bigger. There are two franchisees with annual revenues of over $1 billion: Flynn Restaurant Group and NPC International. Smaller franchisees are retiring, and larger franchisees backed by private equity dollars are buying them up. Continued refranchising at companies like TGI Friday’s and others will give operators further opportunity to grow their business.

Both of these trends are driven by low interest rates, and the presence of numerous lenders looking to loan money to restaurant companies. Even when those interest rates inevitably increase, it will take some time before that ultimately slows the acquisitions market.

Restaurants should have an easier time navigating commodity costs as chicken and pork prices are expected to ease in 2015, but beef will still be problematic. Rising labor costs should eat into any potential increased profits.

Activist investors will have a huge role in the restaurant industry in 2015 whether they make an actual investment or not. They will, of course, but that might not even matter anymore.

Many executives don’t want to be the next Clarence Otis or Steve Davis. Otis was chief executive at Darden Restaurants, while Davis led Bob Evans Farms. Both lost their chief executive positions during (Otis) or after (Davis) proxy fights. The prospect of more, bolder activist investors should make other restaurant CEOs nervous in 2015.

More restaurant chains will take major steps to improve so-called shareholder value in the coming year. Chains will buy back even more shares to boost their stock price. They’ll refranchise more company-owned stores to franchisees. And companies will sell brands and reorganize, all in an effort to play defense even before the activist comes knocking.

As we said, ditto.