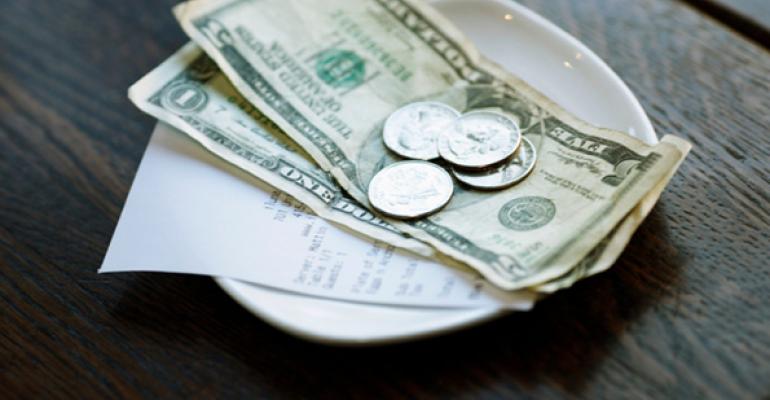 Restaurant same-store sales growth slowed in November, to 1.5 percent, as consumers unexpectedly dined out less during the month, according to the latest NRN-MillerPulse survey.

The primary reason for the slowdown was a 1.5-percent decline in traffic, the first time in four months that the index reported fewer diners.

Same-store sales growth fell from 2.7 percent in October, and was at its lowest level since February. Poor weather that month was a major factor that kept consumers at home.

However, November’s results came amid a decrease in gas prices to their lowest level in years, improved consumer confidence and job creation. The number of overall jobs added to the economy increased by more than 300,000 in November, the highest rate in 15 years, according to federal data.

“It wasn’t a good month,” MillerPulse cofounder Larry Miller said. “It took sort of a turn for the worse. It’s surprising and unexpected. It seemed like everything was picking up and comparisons weren’t any harder.”

Miller suggested that a cold snap that hit much of the country in the middle of the month might have kept some people at home. But given the overall improvement of the economy, Miller said the result was still a surprise. “It honestly doesn’t add up,” he said. 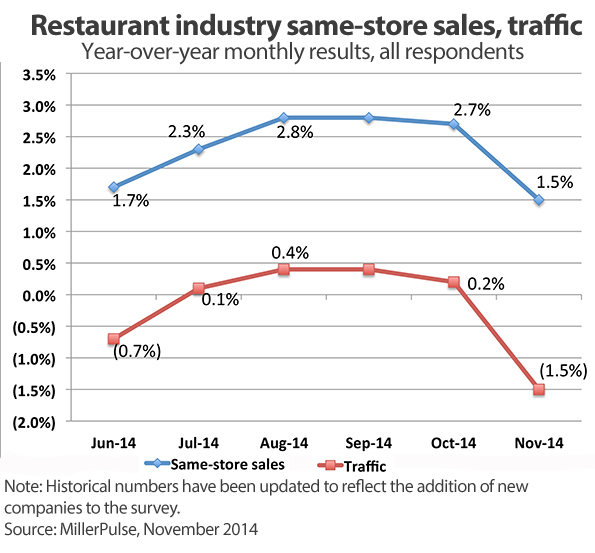 On the bright side, Miller said, December is already looking better. Comparisons over the next three months should be easy, as the industry laps a winter that was beset by a polar vortex of heavy snow and bitter cold.

Same-store sales were flat in December a year ago, according to the MillerPulse survey. Miller said sales should improve 3 percent this month, even if there is no improvement in sales from November.

“That would be the highest of the year,” he said. “That’s how easy the comparison is in December.” 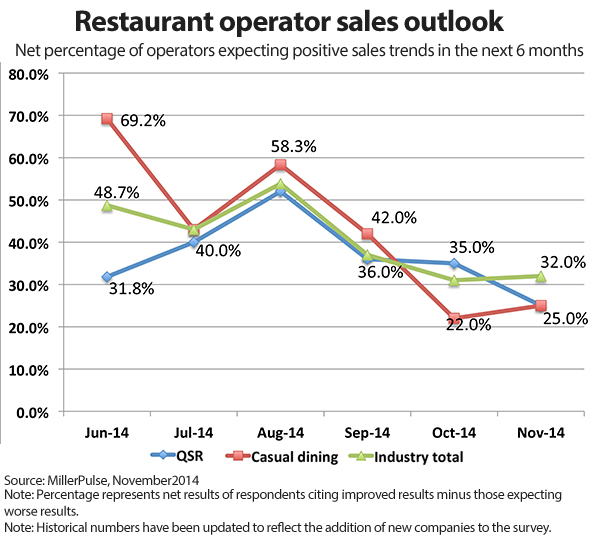 It is possible that the weaker November sales result is a blip. But it is also possible that the four months worth of traffic improvement from July through October were the unusual ones for the year, Miller said.

Traffic declines have beset the industry for years, and the 0.1-percent increase in traffic in July was the first time the MillerPulse index showed traffic growth in a year. Traffic fell 2 percent in December last year and 2.2 percent in January.

Overall, this year will likely finish as a difficult one for the industry, Miller said. He suggested that total same-store sales growth for 2014 will be in the 2-percent range, with slightly negative traffic.

One potential culprit was McDonald’s, which reported a same-store sales decline of 4.6 percent in November. While the index isn’t weighted to reflect the chain’s size, it still somewhat dragged down the index.

Quick-service chains’ same-store sales rose 1.7 percent in November, with McDonald’s the worst performer, Miller said. But the overall numbers suggest that the company’s month wasn’t quite as unusual as initially speculated.

“They weren’t anomalous,” Miller said. “The trend in general was less growth than the month before.”

The index once again reported a gap between quick service and casual dining, both in terms of sales and traffic. Quick-service sales were 1.3-percent higher than casual-dining sales in November, which saw same-store sales increase 0.4 percent during the month.