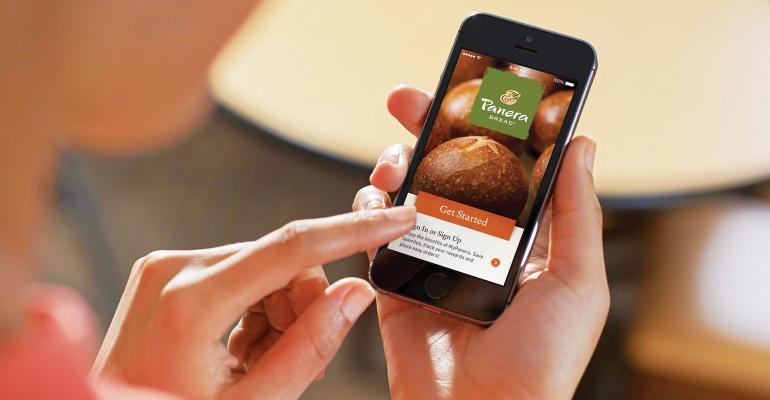 Panera Bread has developed solid loyalty among its relatively affluent customer base that skews toward women, Asian-Americans and Baby Boomers. The most popular meal occasions are casual lunch, a quick bite and stopping in while running errands.

The nearly 2,000-unit fast-casual chain, based in St. Louis., has spent the past several years facilitating those quick trips with its technology-forward Panera 2.0 initiative. Launched in 2014, the program focuses on installing ordering kiosks, rapid pickup facilitated by advanced ordering on the chain’s smartphone app, and web-based catering and delivery, all intended to reduce friction points between customers and the restaurants.

In 2016 Panera integrated its delivery service with its MyPanera loyalty program, which reportedly has 25 million members.

Panera said it would generate more than $1 billion in sales through digital mobile, web and kiosk sales this year and that it expected that figure to double by 2019. Its total sales in 2016 were just under $5 billion.

Panera Bread scores well among consumers for offering healthful options, an image that has likely been improved by its public removal of artificial colors, preservatives and other additives on its so-called “no-no list” from its
food.