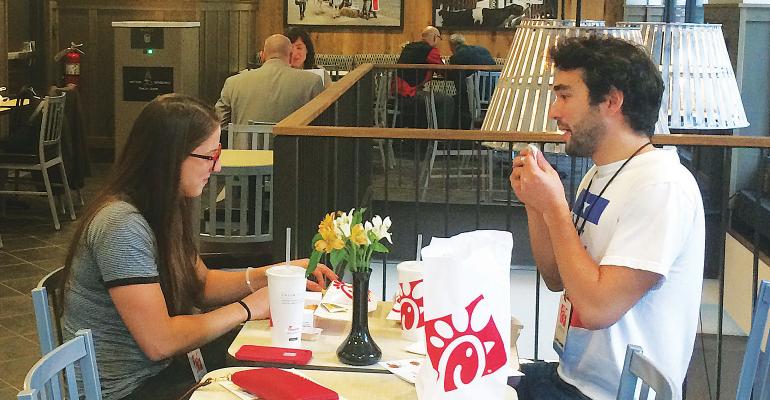 Chick-fil-A: Catering to a cult following

What can be said about Chick-fil-A that hasn’t already been said?

The Atlanta-based quick-service chicken chain has been on fire since, well, forever, thanks in large part to the amazing loyalty the company has engendered among its consumers.

Chick-fil-A’s “True Loyalty” score was ninth among the more than 120 chains featured in this ranking. That’s a feat, considering its size.

It’s the 8th largest restaurant chain in the country, according to the NRN Top 100 ranking.

Chick-fil-A has done this with a highly selective process, carefully choosing store operators who are in their stores every day and share in the profits.

When it opens new locations, it promises free Chick-fil-A for a year to the first 100 customers, which leads to nights out in tents and sleeping bags.

“You wouldn’t believe the things in our parking lot, and it’s just a big street party,” company President Dan Cathy said in a 2013 interview.