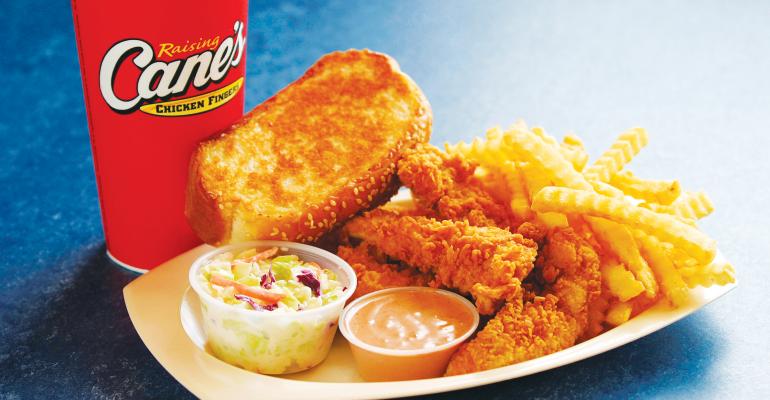 Do only on thing, but do it well.

That’s the case with Raising Cane’s, which has become one of the fastest-growing chains in the country with a remarkably simple menu that features little other than chicken fingers and some side dishes.

Raising Cane’s, based in Baton Rouge, La., operates more than 300 locations with its highly focused menu.

The chain’s menu offers customers bundled offerings of three, four or six chicken fingers, along with fries, coleslaw, Texas toast, Cane’s Sauce and a drink. The Kids Combo has two fingers and no slaw. There’s also a sandwich, which features fingers, lettuce and Cane’s Sauce on a Kaiser roll. That box comes with fries and a drink.

There are larger “Tailgates” orders and jugs of lemonade or tea, and customers can order items individually. But at the end, it’s all about fingers, fries and slaw.

Todd Graves worked as a boilermaker and a commercial fisherman to save the money he used to start Raising Cane’s in 1996. The chain has flourished in recent years — system sales have increased by at least 21 percent in each of the past two years, according to NRN Top 200 data.