Marco’s was founded in 1978 by Pasquale “Pat” Giammarco and to this day, Marco’s Pizza locations all use his original sauce recipe. In 2002, restaurant industry expert Jack Butorac purchased the franchising rights to Marco’s and assumed leadership of the company in 2004 with plans to take the brand national. In 2015, the company was the second-fastest growing chain. As of 2021, Marco’s Pizza has 965 locations in 35 states with plans to open their 1,000th within the year.

Recently, Marco’s Pizza has been investing in automation and convenience technology, including kitchen automation, smaller pod restaurants, and virtual restaurants, which the company revealed in November 2020. In January 2021, the company announced the promotion of former president and chief operating officer Tony Libardi to president and co-CEO, with longtime CEO Butorac, to segue into a power transition.

Number of US locations: 965 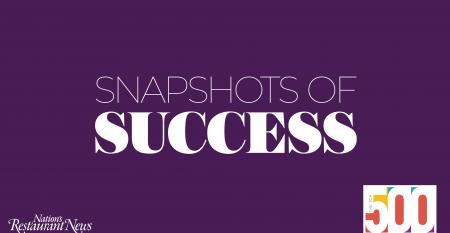 How Marco’s Pizza is preparing itself for growth with technology and innovation
Sep 29, 2021
The pizza company’s chief experience officer Steve Seyferth sits down with NRN to discuss the brand’s epic 2020

Here’s how Marco’s Pizza plans to become the fourth largest pizza chain in the country
May 28, 2021
Marco’s opened a store every 3 and a half days in 2020

From the drive-thru to the kitchen, technology will continue to solve problems
May 18, 2021
After focusing tech investments on off-premise, restaurants will look for solutions to raise convenience and lower cost of labor

13 executives on the move at restaurant chains across the country in January
Feb 01, 2021
Starbucks, Yum Brands, Jack in the Box and more appointed new executives in the C-suite

Marco’s Pizza promotes former COO Tony Libardi to co-CEO to begin leadership transition
Jan 13, 2021
Tony Libardi was promoted to president and co-CEO with Jack Butorac as of Dec. 28 to prepare for a long-term power transition

7 restaurant and foodservice executives on the move
Apr 01, 2020
See the C-suite positions that were filled in March at some of the largest chains