Culver’s Franchising System is a quick-service restaurant chain mainly located in the Midwestern United States mostly known for its “butterburgers” and frozen custard. The 965-unit chain, based out of Prairie du Sac, Wisc., has been family-owned since the first store opened in 1984.

with their son and his wife, Craig and Lea. In 2017, Culver’s sold a minority interest to Atlanta-based private equity group Roark Capital, though the family still retains the majority share.

After Craig Culver retired as co-CEO in 2015, he was followed by Joe Koss, who announced his retirement in 2020. In Feb. 2021, Culver Franchising System LLC named Enrique "Rick" Silva as CEO, only the third CEO in the company’s history.

In 2019, Culver’s began elevating its menu with the introduction of the limited-time offering, the Pretzel Haus Pub Burger with Wisconsin cheese and buns, which won a MenuMasters award in 2019.

Number of US locations: 788 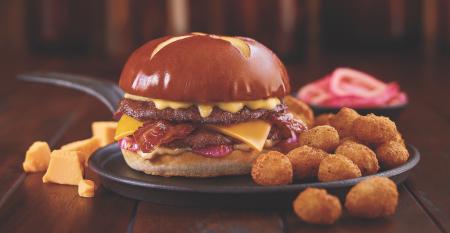 11 restaurant industry executives on the move in February
Mar 01, 2021
From Blaze Pizza to Culver’s to Punch Bowl Social, chains shook up their C-suites

Not your mother’s Sunday roast: Restaurants are revisiting the comfort food classic
Feb 03, 2021
Classic menu staples like pot roast and meatloaf are being revamped in new ways

Executives and franchisees from Church’s Chicken, Dunkin’, Dairy Queen and more share tips on leading in a pandemic
Nov 18, 2020
Leaders emphasize importance of empathy, flexibility and safety during COVID

The 10 restaurant brands to which consumers were most loyal before the COVID-19 pandemic
Oct 26, 2020
NRN presents Consumer Picks, a data-driven report on customer preference and restaurant brand strength. Data for this report is provided by market research firm Datassential. Find out more about the data here...