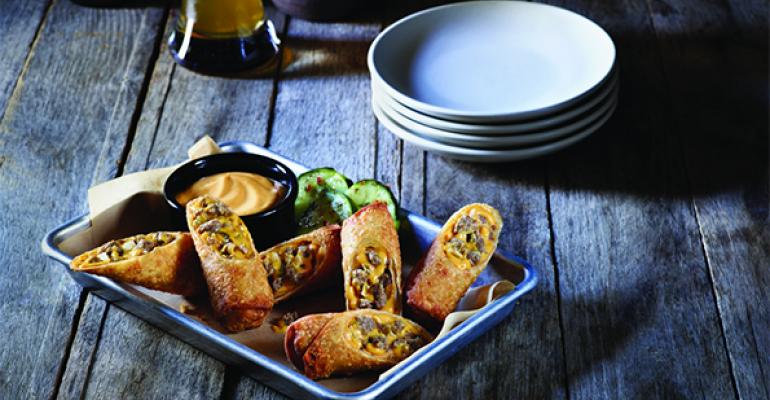 ​DineEquity Inc. recently announced that Cammie Spillyards-Schaefer is the executive chef and vice president for culinary and menu strategy and its 2,020-unit casual dining chain, Applebee’s Neighborhood Grill and Bar.

A graduate of The Culinary Institute of America in Hyde Park, N.Y., Spillyards-Schaefer has a long history working at casual-dining restaurants. She most recently was vice president of research and development and innovation for Outback Steakhouse parent Bloomin’ Brands Inc., and also had worked as director of product development for Chili’s Grill & Bar.

Although Spillyards-Schaefer’s appointment was announced this week, she actually has been at Applebee’s since the fall. She discussed her impressions of Applebee’s and her plans for the menu with Nation’s Restaurant News.

How is your adjustment to your new job going?

DineEquity CEO Julia Stewart mentioned in a recent earnings call that you were going to streamline the menu and roll out some new items. What direction do you plan to take with the menu?

I call Applebee’s cuisine American fare with flair, because it’s not your old standard pot roast and meat loaf and things that come to mind when you talk about American cuisine. It’s more this vibrant melting pot of flavors and ethnic diversity all rolled into this great landscape of American food. So we’re taking advantage of that and moving our menu in that direction. A great example would be the cheeseburger egg rolls that we just launched. They have ground beef, cheese, even the mustard and all the great flavors of a burger wrapped in the egg roll. It really is a great way to give people safe adventure with a unique Applebee’s twist.

Are there changes you plan to make on what you’re sourcing?

There are already such great stories already to tell in the way that we source our products and work with farms and plant things that are specifically for Applebee’s. We’re going to have a renewed focus on making sure that everything is really responsibly sourced and that we’re telling the guests that story so that they can be connected to where the food’s coming from and how it gets to them.

You’ve been working in casual dining for quite awhile. Are there changes you’ve seen in what your customers are looking for?

I think guests are more connected than ever in wanting to know more about their food: How it’s made, where it comes from — there’s a real care for knowledge of what’s going on with the food, and they want you to show it to them and tell them about it. So we’re working toward answering all of that for our guests.

How about in terms of flavors or cuisines that are having an influence on the food you’re developing at Applebee’s?

It really is the idea of the new American cuisine which is this melting pot of so much diversity. We will bring in other ethnic influence, whether it’s the carrier or the filling, but it will always be rooted in neighborhood American food because that’s what we are at Applebee’s, but it’s not that old, boring kind of heavy American food. It’s that beautiful, vibrant, whimsically presented, bold flavored American food of today.

Another thing I’ve seen over the course of my career in casual dining is we have to move faster than ever to keep up with our guests’ changing demands and needs. The days of really long processes are gone. However, we are very focused on building a pipeline that will take us well into the future so that we’re ahead of all of those needs for our guests’ sake.

Has anything that started with you made it onto the menu yet?

Things are close. You’re going to see a lot of things over the next few months that I’m very involved in, and I hope we have the opportunity to talk about them when they come out, because there’s some really exciting stuff coming soon.

What excited you when you started at Applebee’s?

I was so excited to see all of the fresh produce, the pico de gallo that’s made every day in-house — onions and mushrooms and mashed potatoes being made every day, ribs being cooked and smoked every day. I’m really proud of our fresh chuck for our hamburgers that we hand patty and prep to order — things that show how much we care about the food.

Do you think there’s more of that going on in casual dining in general?

I think guests are demanding better quality, more hand-prepped items, for sure, but some people do more of it than others.