Analyst outlines at a few of the limited acquisition options

While casual-dining giant Darden Restaurants Inc. continues to digest its 2017 acquisition of Cheddar’s Scratch Kitchen, analysts are looking at what the parent to Olive Garden and LongHorn Steakhouse might consider buying next.

Gene Lee, president and CEO of Orlando, Fla.-based Darden, told the recent ICR investment conference that the company’s strategy is to tailor itself as a plug-and-play platform.

“Strategically, as we laid out early on, is that we were going to build a platform that we would be able to plug brands into and give our brands a competitive advantage,” he told attendees at the January conference. 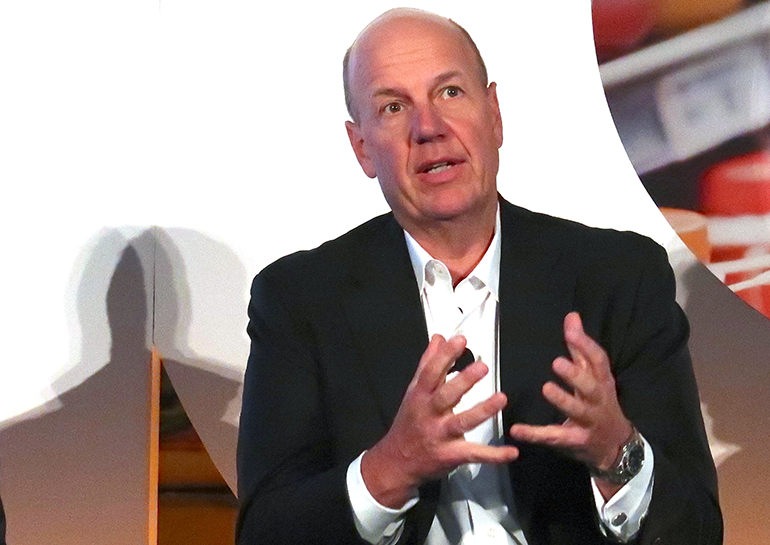 “This is a mature industry,” he said. “It has to consolidate to be able to get costs out.”

In a report Tuesday, analyst Mark Kalinowski, founder, president and CEO of Kalinowski Equity Research LLC, followed up on his ICR conversations with Darden executives, in which they outlined their criteria for future acquisitions. The full report is on the analyst’s website.

Kalinowski noted Darden executives said they would consider brands with $300 million in annual systemwide sales at the low end and “$750 million to $1 billion would be better.”

“One of the things we notice is that based on Darden’s stated acquisition criteria, there’s not a whole lot from which to choose,” Kalinowski noted. “Darden seems to want to stick to its knitting by remaining in the full-service realm, which would rule out most restaurant concepts that are of the right size right from the get-go, simply because they are not full-service concepts.”

In addition, Kalinowski said management told him they would “be disciplined in terms of what it would pay for any potential acquisition,” leading the analyst to the conclusion that a “faster-growing, currently privately-held concept” could be a likely target.

First Watch: The Sarasota, Fla.-based company, which owns the breakfast-lunch chains First Watch and Egg & I, ended fiscal 2017 with $302.1 million in systemwide sales, according to the Nation’s Restaurant News most recent Top 200 report.

Private-equity firm Advent International, an investor in The Coffee Bean & Tea Leaf, made a majority investment in First Watch in 2017. The company had 30.4-percent growth in latest-year U.S. sales and 21.2-percent growth in units, according to the NRN Top 200.

“There are less than 300 First Watch restaurants in the U.S. as of this writing, as best as we can tell,” Kalinowski said. “This likely leaves room for unit growth for several years to come.”

The 13-year-old casual-dining brand has 35 units in nine states, and drives traffic with a Wine Club that’s 350,000 members strong, most of whom pick up their subscription purchases in the store.

Cooper’s Hawk owns its restaurants, which “would seem to fit in quite well with what Darden would ideally seek,” Kalinowski noted.

“Black Bear Diner is about 63 percent franchised and 37 percent company-owned at present,” Kalinowski said. “From Darden’s perspective, this would represent a cultural hurdle to overcome, given that Darden prefers a company-owned approach to the concepts it owns.”

It’s inclusion on Kalinowski’s target list indicates the few options that meet the criteria, he said.

“We’re not sure Darden would look at California Pizza Kitchen and its approximate 200-plus restaurants in the U.S. as offering enough of a unit-growth opportunity for the future to be worth acquiring,” Kalinowski wrote. “That seems to us a fairly big obstacle to overcome. That said, California Pizza Kitchen is a differentiated brand and concept, and does not compete directly in that sense with any of Darden’s existing concepts.”