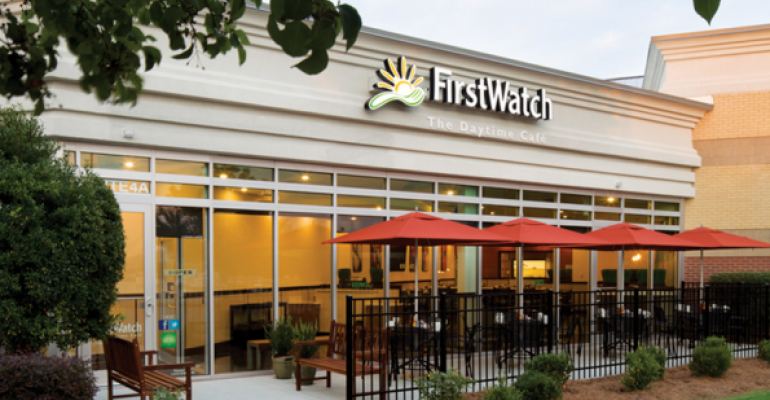 Industry observers have noted some negative drift in the Family-Dining segment, but First Watch is bucking those trends.

While the Family-Dining segment saw mixed performances in the Latest Year, First Watch stood out, leading the segment in terms of sales growth (up 30.4 percent) and coming in second in terms of unit growth (up 21.3 percent).

First Watch’s leadership position in breakfast is a vital aspect of its growth, according to CEO Chris Tomasso. He characterized breakfast as the only daypart that’s growing, and First Watch plans to continue to take advantage of that. 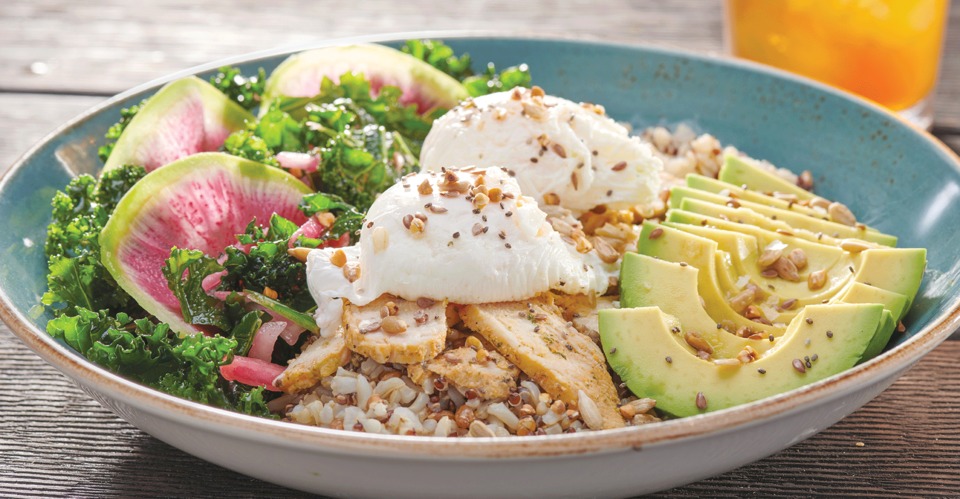 “Our brand is resonating greatly with the consumer right now,” Tomasso said.

The menu at First Watch ties into a couple of current trends. For instance, the seasonal menu as of late June included an açai bowl topped with fresh strawberries, bananas, kiwi, blueberries and housemade granola, served with whole-grain toast topped with almond butter and Maldon sea salt. And the chain prides itself on making food from scratch.

“We do a lot of things I think the consumer really cares about,” Tomasso said, such as making granola and roasting vegetables in house, and sourcing cage-free eggs.

That level of quality often comes at a price, but First Watch keeps an eye on the value proposition. The average check is $12.50, according to Tomasso, who noted the competitive price point for a full-service experience.

Unit growth is also an important driver of First Watch’s growth, both through opening company locations and conversions. The First Watch chain had 239 restaurants as of the end of the Latest Year, and Tomasso said that number had grown to 257 as of late May, when the company also operated or franchised 72 Egg & I outlets and one Bread & Co. fast-casual business. 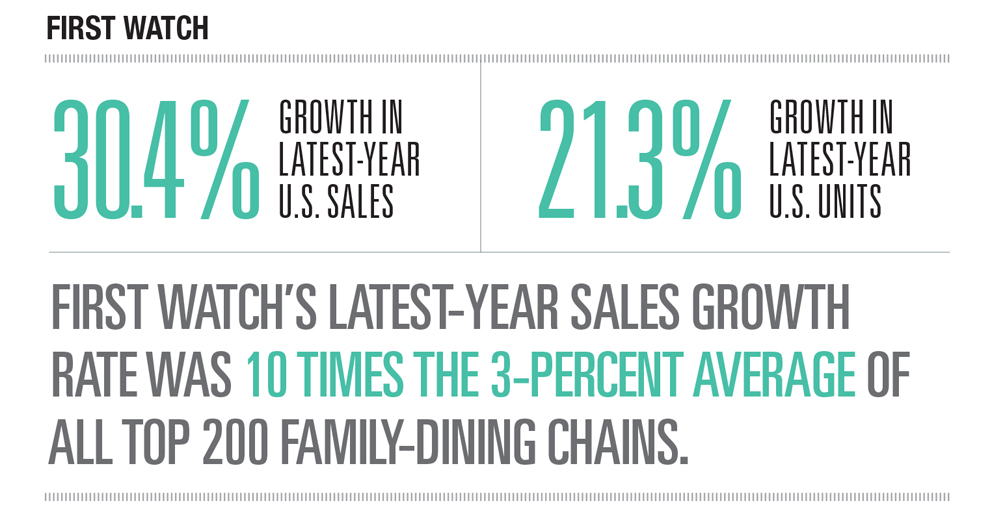 Citing the chain’s “very aggressive growth” strategy, Tomasso noted that First Watch is opening more restaurants than ever. This year, the chain is on track to open 28 company units and 12 franchised units, and over the past five or so years, it has realized unit growth of 15 percent to 20 percent.

Acquisitions have played a part in the expansion. In 2014, First Watch acquired Good Egg and has converted all 20 locations in Arizona. In 2015, it acquired the 114-unit Egg & I chain, about two-thirds of which has already been converted, aditionally resulting in improved performance, according to Tomasso.

Going forward, most unit growth will be through company-owned locations, with a target ratio of 80-percent company-owned to 20-percent franchised, Tomasso said.

Also fueling First Watch’s growth is a majority investment in 2017 from Advent International. At the time, Tricia Patrick, managing director of Advent International, called First Watch “a fresh and modern restaurant concept” that is “positioned to not only grow within existing markets but also to expand the unique concept to guests in new geographies.”

Tomasso said First Watch has refined a five-year plan alongside Advent International and benefits from its support.

“They’ve been a great partner and very supportive of our growth plan,” he said.