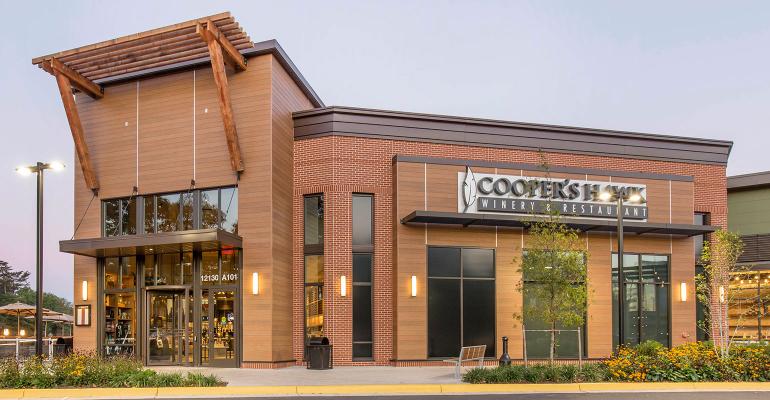 Cooper’s Hawk Winery & Restaurants has developed a loyal tribe of customers through its Wine Club, according to Tim McEnery, the concept’s founder and CEO, and that has boosted traffic and frequency for the brand.

While many restaurant concepts wrestle with the growing trend of diners cocooning in their homes, the Countryside, Ill.-based casual-dining company has found a way to get 99 percent of its nearly 350,000 Wine Club customers to venture out to the restaurants, pick up their subscription bottles on premise and drive unit traffic.

“We’ve got an army of folks marching to the restaurants, of which two-thirds of those folks transact in buying a glass of wine, having dinner while they are there or buying some wine to go,” McEnery told the ICR investment conference in Orlando, Fla., last week. 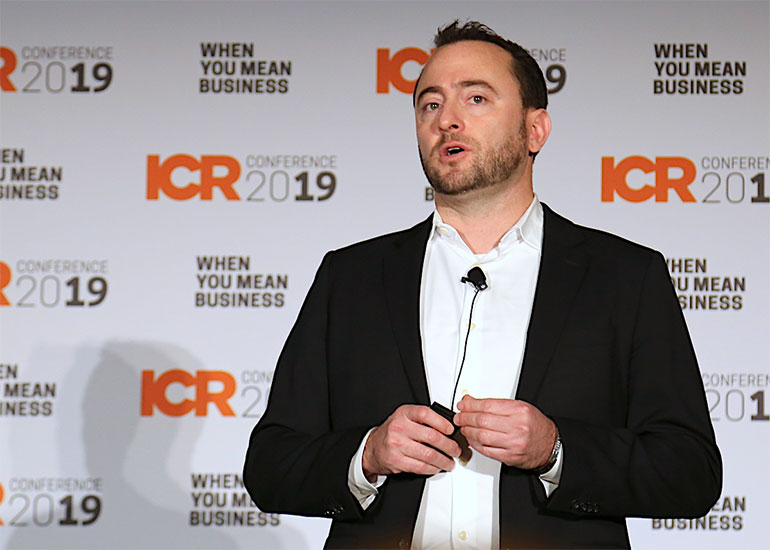 Wine Club members also frequent the Cooper’s Hawk restaurants more often than average customers, visiting as many as five times a month, McEnery said, which is what he called the “secret sauce” of brand’s solid traffic trends.

The 13-year-old Cooper’s Hawk has 35 units in nine states, and the branding is focused on “democratizing the good life,” the founder said, with signature tasting rooms offering the Napa or Sonoma wine-tour experience to those who can’t visit those California valleys.

“We put the Wine Club member in the center of everything we do,” McEnery said. “Our wine program is very significant,” he said, with the company producing 750,000 cases of wine a year. “We are very much in the wine business,” he said.

The privately held company books about $250 million in annual revenue and eight percent same-store sales increases. Average per person check is about $33. The brand was one of the fastest growing chains in Nation’s Restaurant News Top 200 census this past year.

McEnery said the company this past year increased the monthly price of the Wine Club by $1, to $19.99 from $18.99 for the one-bottle subscription, and found the hike did not affect membership or rate of new members.

“There may still be some price elasticity,” he added.

Given the current trajectory, McEnery expects 1 million members five years from now. Currently, the Wine Club has about 150,000 members in Illinois alone and 26,000 at the original Cooper’s Hawk location in Orland Park, Ill. The company does no advertising of the Wine Club, he said, and most memberships come from visits to the restaurant tasting rooms.

The Wine Club offers varying levels of membership, such as reds, whites, sweeter wines and varieties, as well as gift memberships. Members also get invited to special events and get rewards on birthdays and anniversaries. Members can cancel at any time.

McEnery said he sees Cooper’s Hawk as a “lifestyle brand,” so the company collaborates with noted winemakers, offers travel to wine-making destinations like France and this past year partnered with the Screen Actors Guild Awards.

At SAG’s annual awards, the 25th anniversary of which will be Sunday, Jan. 27, Cooper’s Hawk has developed a special wine with an award label that will be given at the ceremony as well as be made available to Wine Club members.

“They really get the feel of being a part of that type of experience,” he said.

In addition to the monthly wines, Cooper’s Hawk has layered on a Wine Club rewards program that gives members one reward point for each dollar spent.

After 350 points are accrued, those members receive a $25 bonus that is automatically added to their account. Members can use the reward bonuses in the restaurants.

About 23 percent of Cooper’s Hawk’s revenue derives from the Wine Club and McEnery said the remainder comes from a traditional restaurant food and beverage sales mix.

“We have played with the idea of having geographic pricing” for the club, he added, but the prices remain the same across the brand’s nine-state footprint.

McEnery founded Cooper’s Hawk in 2005, and the company plans to open a half dozen restaurants in 2019.