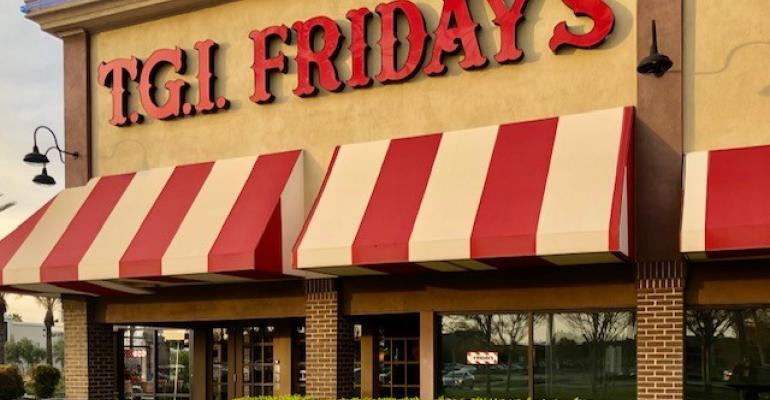 Nancy Luna
TGIF and Allegro merger deal, which would have taken the chain public, collapses amid coronavirus pandemic.
News>Casual Dining

Plans to take TGI Fridays public have been called off.

The merger agreement between the privately held TGIF Holdings LLC and Allegro Merger Corp. was “terminated” last week because of “extraordinary market conditions and the failure to meet necessary closing condition,” Allegro stated in a regulatory filing.

The deal, first announced in November, was valued at $380 million. It was set to close in late March. But at the same time, the pandemic was forcing hundreds of restaurants across the U.S. to temporarily halt dine-in operations to help stem the spread of the deadly novel coronavirus.

Full-service restaurants have been especially hurt as they don’t have drive-thru lanes, which many consumers are choosing to maintain social distancing.

In late March, Allegro extended the deadline for closing the deal to April 30. “However, in light of the termination of the Merger Agreement and due to extraordinary market conditions, the company [Allegro] determined on March 31” that extending the deadline was not necessary, according to the filing.

According to market research firm The NPD Group, restaurant transactions dropped 42% for the week ending March 29 compared to the same week a year ago.

“The transaction declines partially reflect the struggle of on-premise restaurants to pivot to off-premise models,” David Portalatin, NPD food industry advisor, said in a statement released Monday about plunging guest counts. “Many restaurants that are attempting to make the move are doing so with limited menu offerings and without the benefit of drive-thru lanes. Anecdotally, some operators are giving up the cause and closing altogether.”

It’s unclear how many TGIF restaurants remain open for carryout and delivery service during the pandemic. The Dallas-based casual dining chain did not return a request for comment when asked about the collapsed deal, and a COVID-19 business update.

The company was already hurting prior to the pandemic.

TGIF and its franchisees closed more than 30 restaurants in 2019, and finished the final quarter of the year with same-store sales down 11.3% and traffic down 9.1%, according to a regulatory filing released in February by Allegro.