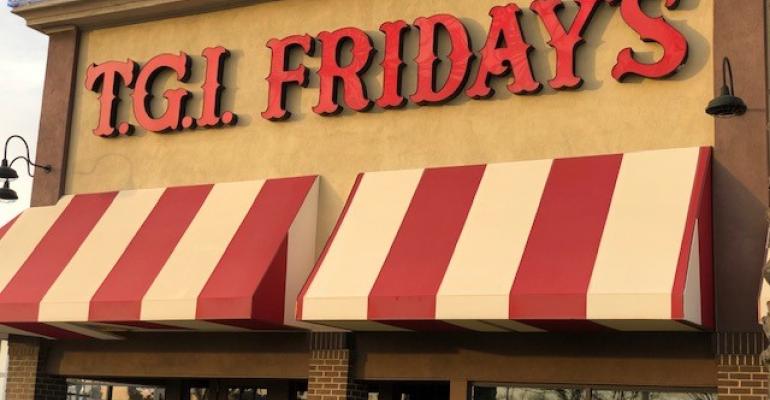 Innovation chief Sherif Mityas exits as casual dining chain prepares to go public in March; TGIF has been acquiring dozens of franchised restaurants including 36 from The Briad Group

TGI Fridays and its franchisees closed more than 30 restaurants in 2019, and finished the final quarter of the year with same-store sales down 11.3% and traffic down 9.1%, according to a regulatory filing released this week by Allegro Merger Corp.

In November, the privately held TGIF Holdings LLC agreed to merge with Allegro in a deal valued at $380 million. The merger would take the Dallas-based casual-dining chain public in March as it outlines a plan to become profitable in 2020 and 2021 after posting a $21.1 million loss in fiscal 2019.

On Wednesday, the company said the restaurant closures were "part of our continual review of our restaurant portfolio performance."

"These closures were a strategic decision based solely on business demands. Impacted restaurant managers and crew members were invited to apply for open positions within our system," the company told NRN in a statement.

The company also confirmed that chief experience officer Sherif Mityas has left the company. Mityas, a 2020 NRN Power List recipient, has been a high-profile leader for the brand as he pushed conversational AI to increase customer loyalty and boost off-premise dining. Total off-premise sales have doubled during his tenure.

The acquisitions include 36 stores in California and the Northeast owned by The Briad Group.

Other financial highlights from the TGIF/Allegro presentation include:

Update, Feb. 12, 2020: This story has been edited to include a statement from TGIF on closures and recent management departures.