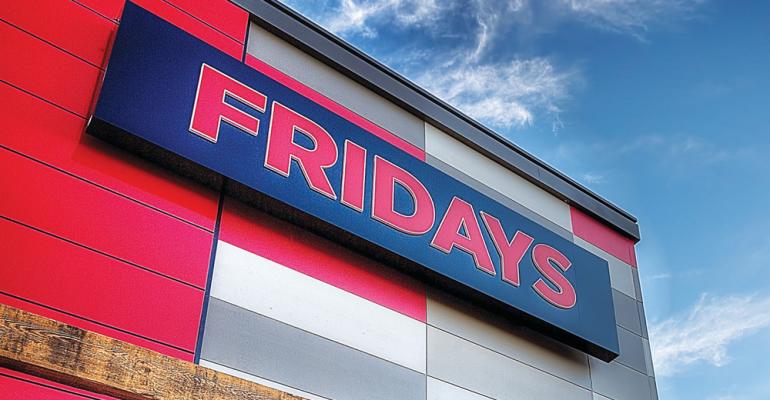 TGI Fridays agrees to deal to take it public

The Dallas-based parent of the TGI Fridays and New York-based Allegro Merger, said that, at closing, TGI Friday’s holders will receive a combination of cash and stock valued at $30 million and Allegro will assume about $350 million of net debt.

Ray Blanchette, CEO of TGI Fridays, said in a statement that his first order of business when he joined the company in October 2018 was to hire management team.

“This transaction is the next significant strategic move,” Blanchette said, “and will allow us to gain public company status and access incremental equity capital to accelerate the rejuvenation of this iconic global brand.”

Friday’s has about 840 restaurants, with more than half of those franchised and licensed internationally. The company said 83% of its restaurants are franchised.

The company went through a refranchising program in 2014 after it was sold by Minneapolis-based Carlson to Sentinel Capital Partners and TriArtisan Capital Partners for an estimated $800 million.

The company said systemwide sales for the 12 months ended Sept. 30 were about $2 billion and the average annual unit volume was about $2.7 million.

In the past year, Blanchette brought John Neitzel and Jim Mazany back to Fridays to run franchising and company stores, respectively.

“With these additions to the management team and the new operating plan in place, we believe Fridays is poised to regain its position as a leader in the bar and grill space,” the company said.

“Allegro’s board and I believe that Fridays is an unparalleled iconic international brand and we are excited to be able to bring this opportunity to our shareholders” said Eric Rosenfeld, Allegro’s CEO. “Fridays’ highly predictable stream of franchise and licensing revenue is very attractive and we believe that Fridays provides a compelling value to our shareholders.”

Rohit Manocha, managing director and co-founder of TriArtisan, said, “Coupled with the right capital structure, we believe the brand is ideally positioned to take advantage of the rising demands of our guests. TGI Fridays’ bar heritage is unique and creates a point of distinction in this mature segment of casual dining.”

For the purposes of this transaction, Allegro is represented by Graubard Miller and TGIF is represented by Ropes & Gray LLP.  Cantor Fitzgerald and Piper Jaffray & Co. are acting as capital market advisers to Allegro.