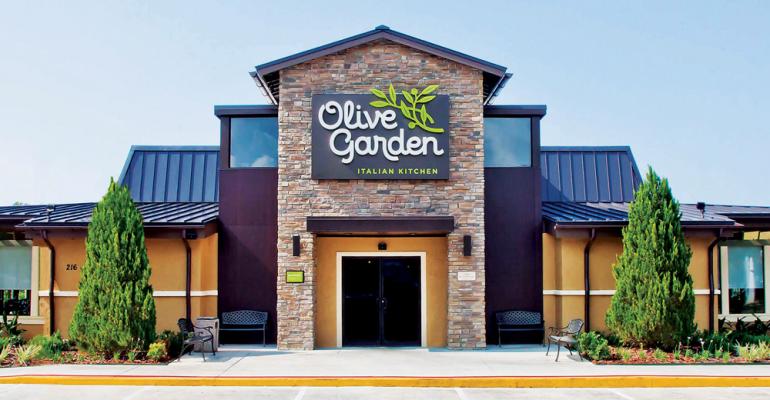 The Orlando, Fla.-based casual-dining company, which owns LongHorn Steakhouse, Cheddar’s Scratch Kitchen and other full-service concepts, said 91% of its 1,700 restaurants have reopened with at least limited dine-in capacity after shutdowns imposed in March by states and cities to stem the spread of COVID-19.

Related: Olive Garden parent Darden Restaurants expects some dine-in capacity at 65% of restaurants by end of May

“There's always significant inefficiencies in your seating capacity,” he explained. “We've always got twos and fours, fours and sixes. We’ve got tables for large parties. Our average party size is 2.3 [people].”

“We will be installing temporary barriers in approximately 100 restaurants in the next two weeks to try to improve this efficiency, especially in Olive Garden, and we want to do that while maintaining the social-distancing requirements,” Lee said.

“We'll analyze the sales growth after we've installed those barriers and decide how many more restaurants we want to add it to,” Lee said. “We have to remember that once you’re past 25% occupancy, the six-foot restriction on social distancing trumps any other restriction there is because you can't get to 50%.”

Lee said Darden has brought back 60,000 furloughed restaurant team members and expects to return another 40,000 as business improves.

“I've been really impressed with the resiliency of the consumer and how important full-service casual dining has been in the everyday life of our guests,” he said. “I think the industry gets back to where it was. I think it's important.”

“I think that's a great opportunity for us,” he said. “I think scale is going to matter more than ever. I think that we believe that we can get back to 2% to 3% unit growth pretty quickly. We're going to continue to open restaurants. We're going to continue to do new deals. We think the economics are going forward here and the short-term should get better for us on new restaurant development.” The company delayed 17 openings from the fourth quarter into fiscal 2021, he said.

He noted that real estate and construction costs declined in the 2009-2011 period during and after the Great Recession, and he expects the pandemic to make those favorable going forward.

“The best restaurant deals we did were after the recession in 2009 and 2010, especially for our specialty brands,” Lee said. “So we'll push hard on that to get favorable economics where possible.”

“We also think that off-premise will play a bigger role as we move forward,” he said. “We think our capabilities in that have improved dramatically over the last 14 weeks. And we — and I think a lot of consumers had the opportunity to maybe use our service off-premise that hadn't used it before.”

Cardenas said Darden canceled its loyalty program test during the fourth quarter as part of the streamlining and significantly cut marketing expenses.

Those off-premise sales should produce first-quarter sales levels at about 70% of the same period last year, he said.

“I think where we're settling in right now is $50 minimum. It's still the 5 o‘clock call the day before. We find that to be the sweet spot,” he said. “We didn’t see any benefit of going below that threshold.”

Darden also tested its own delivery during the pandemic and found it inefficient.

“We've had third-party delivery in some of our restaurants, even before the pandemic started, including some Olive Gardens, a lot of Yard House,” Lee said, adding that it didn’t grow faster than its own delivery and curbside pickup. “We are not anticipating launching a third-party delivery model.”

Lee added that off-premise business helped the company reach positive same-store sales at about 10% to 15% of its restaurants. 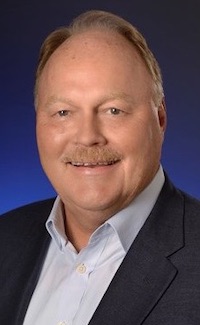 Lee also announced that Dave George, left, the company’s chief operating officer, would be retiring on Aug. 2. George will turn 65 later this year, Lee said, “and we've been discussing this transition for some time.”

George has been with Darden and its predecessor companies for 23 years and has led three of the company’s brands — Capital Grille, LongHorn Steakhouse and Olive Garden. He has served as COO since January 2018.

“He built great teams and became a mentor to many operators and executives,” Lee said. “His can-do approach and attitude permeates throughout Darden and each of our brands today.”