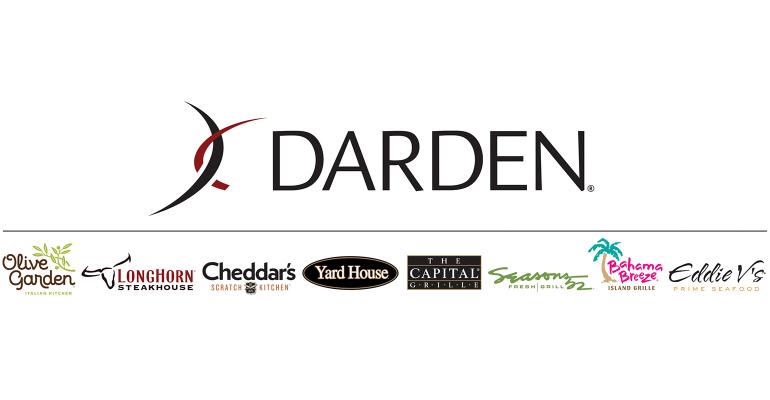 The Orlando, Fla.-based casual-dining company said George as COO will add Cheddar’s Scratch Kitchen, which the company acquired in April for $780 million, to his portfolio, which also includes Olive Garden, Bahama Breeze, Seasons 52 and international franchising.

George will continue to report to Gene Lee, Darden president and CEO.

“Dave is a seasoned and trusted leader who consistently delivers strong results,” Lee said in a statement. “As we continue to simplify our operations across all brands, he is uniquely qualified to drive strategic prioritization and accountability, with a laser focus on operational excellence.”

Darden also on Monday said it had promoted Dan Kiernan to the position of Olive Garden president.

Kiernan joined Oliver Garden’s management training program in 1992 and most recently served as the brand’s executive vice president of operations.

As of Nov. 26, Darden had 1,722 restaurants, including brands such as Yard House and Bahama Breeze.