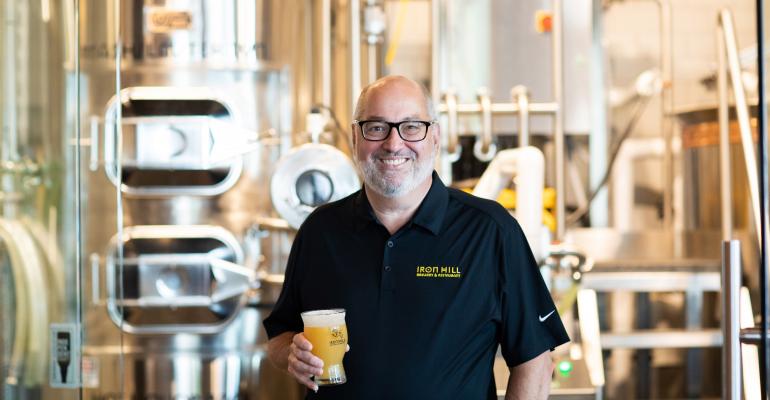 As the craft brewery’s new leader, Westcott is tasked with growing the small brand

“I am honored to be joining such a celebrated, award-winning brand and look forward to partnering with the talented leadership team to continue Iron Hill’s legacy of delivering quality food and beverage, alongside unmatched service experiences,” Westcott said in a release.

Prior to serving as the CEO of full-service chain Rosa Mexicano, Westcott spent 20 years at McCormick & Schmick's, where he was part of a team that grew that brand from eight to 93 units.

“We are excited to bring someone with Chris’s background to the Iron Hill family. His culinary experience is impressive and complements Iron Hill’s commitment to both traditional and innovative, from-scratch cooking,” said Kevin Finn, cofounder, chairman of the board and acting CEO of Iron Hill, in a statement. “Culturally, I believe Chris brings the same values and commitments to our guests and our employees that I instilled at Iron Hill since the first restaurant opening in 1996.”

Iron Hill Brewery has 20 units across the North and Southeast.

Previous CEO Kim Boerema left in March to be president of Hard Rock Cafe and founder Kevin Finn stepped in as acting CEO in the interim.