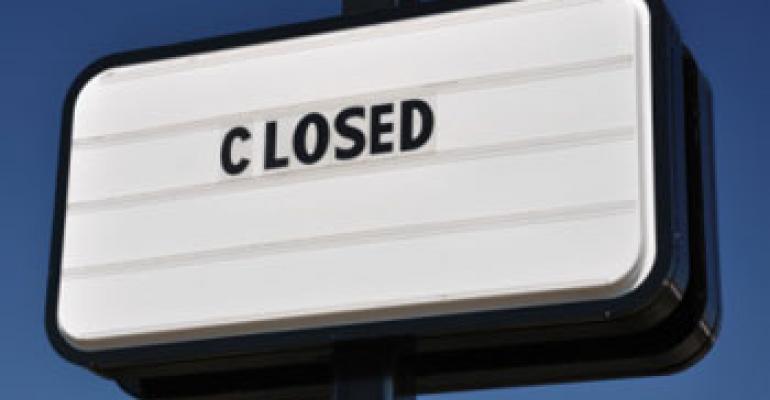 The number of restaurants in the United States has fallen by 5,204 units, a 1-percent decline from the total number of eateries recorded in spring of 2009, according to The NPD Group.

ReCount takes stock of domestic commercial restaurant locations twice a year, in the spring and fall. In the fall of 2009, the industry’s unit count contracted 0.3 percent, or by 1,652 locations. The spring 2009 numbers were worse, with the industry losing a little more than 4,000 restaurants, comprising a 1-percent decrease in total overall locations.

Within those sectors, independents fared worse than chain competitors, the NPD found. In fast food, chains lost only 164 net locations to remain flat for the 12-month period, while independent quick-service restaurants lost 2,685 net units, a 3-percent decrease for that time period.

“It’s been a difficult time for the restaurant industry, with customer traffic down over the past year,” said Greg Starzynski, director of product development for NPD’s foodservice division. “The unit losses we’re seeing in our latest census are a reflection of the weakness in the industry with the greatest impact on the independent restaurant operators.”

NPD’s CREST research service reported that visits to restaurants in the United States declined by 3 percent for the 12 months ended in May 2010. Consumer spending at restaurants fell 1 percent in that same period, the first decline in dollars the firm has reported since it began tracking foodservice industry sales in 1976, NPD said.

Independent restaurants have suffered sales and traffic declines as prolonged high unemployment has weakened consumer spending in many areas of the country, creating less revenue from which operators can fund crucial investments in marketing or equipment.

The relative stability of overall chain restaurant locations reflects that, despite closures by brands like ESPN Zone, Fuddruckers and Uno Chicago Grill, other concepts are picking up the slack.

Five Guys Burgers and Fries, for example, is looking to expand outside the United States because it has sold out its development rights in the United States and Canada. According to Nation’s Restaurant News’ Top 100 report, Five Guys opened 171 locations in 2009. The chain reported last week that its newest restaurant, in Sacramento, Calif., brought its total system to 632 locations.

Wingstop, which recently reported its 28th consecutive quarter of increased same-store sales, plans to add 50 restaurants in 2010. The chain's growth plans were a major draw to its new corporate parent, Roark Capital Group, which acquired the 447-unit chain in April.

Another brand, 88-unit Buca di Beppo, has announced plans to resume growth with four new restaurants in the Boston area. That chain had closed underperforming units after a sale to Planet Hollywood International in late 2008.