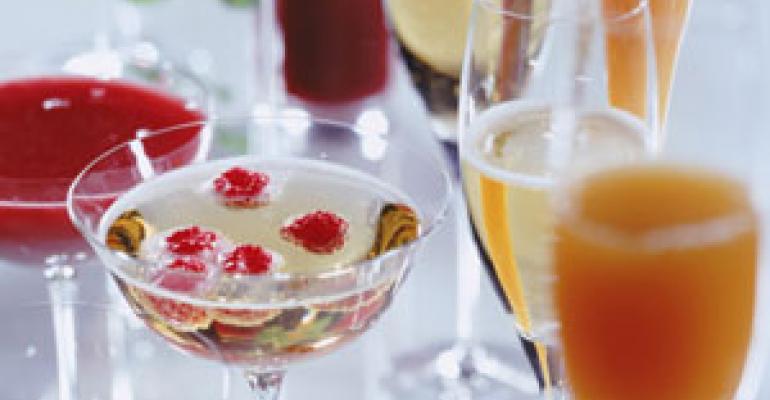 Restaurant operators can’t be certain about much for 2011, as recent improvements in guest traffic, same-store sales and hiring are far from guaranteed to continue. About the only thing they can expect as they hope for traction in the economy’s wobbly recovery is that the industry will continue to look different than it does today.

In forecasting what changes may lie ahead, Chicago-based market research firm Technomic Inc. identified 11 restaurant industry trends for next year.

Technomic predicts that as optimism grows in 2011, consumers will want to celebrate with some higher-end alcoholic drinks. As such, retro cocktails and high-end spirits may get more play at fine-dining and independent establishments, craft beers could gain in popularity against their mass-market counterparts, and fast-casual concepts could turn to alcohol as a way to differentiate themselves. Casual-dining chain Ruby Tuesday already has positioned itself to get ahead of this trend, offering $5 premium-well cocktails and craft beers as part of an expanded beverage program that debuted with a rebranding. There also are several smart-phone apps like Find Craft Beer and Happy Houred that will list nearby restaurants offering specialty microbrews.

2. Beyond bricks and mortar

Food trucks are poised to move beyond New York and Los Angeles into more U.S. cities. Not only will gourmet food trucks proliferate, Technomic said, but traditional restaurants also will begin using the tactic as a way to extend their brands into new areas or add revenue streams like catering. Chains like Qdoba, Sizzler, Dairy Queen and Gold Star Chili already have done this. Regulatory agencies in cities with a new food truck presence will be scrambling to keep up.

The era of the celebrity chef may soon give way to that of the star farmer. Look for more attention to be paid to producers and suppliers on menus across the nation as a growing back-to-the-source mentality takes hold in the industry, Technomic said. Farmers and producers may soon be high-profile spokesmen for restaurants and host more special events and dinners. At the chain level, Chipotle Mexican Grill and Domino’s Pizza have made their sourcing integral to their marketing — Chipotle with its “Food With Integrity” campaign and Domino’s with its commercials taking place on a dairy farm.

Look for more restaurants to gain a competitive edge with new technologies and applications, including kiosks for ordering and displaying nutritional information, iPads containing wine lists, and hand-held devices for tableside payments. Widespread adoption of location-based social media has a lot of room for scale, indicated not only by megachains Starbucks and McDonald’s piloting uses for Facebook Deals, but also by CKE Restaurants’ development of its own location-based mobile app, Happy Star Rewards.

“The Korean taco — an only-in-America synthesis of Korean-style fillings and a Mexican format — signals the rise of Korean barbecue and Korean food in general,” Technomic writes. While that item made famous by Los Angeles food truck Kogi Korean BBQ-to-Go has the potential to touch off a proliferation of street foods and small plates across the industry, other restaurant dishes may incorporate traditional Korean flavors like kimchee and short rib.

Consumers who are able to treat themselves again in 2011 will do so — meaning that restaurants with a few indulgent menu items or experiences could see an uptick in orders of high-margin and high-price-point dishes. This could spell opportunity not only for casual-dining chains to entice diners with more premium dishes like the Flavor-Loaded Steaks at Applebee’s, but also for higher-end chains like Fleming’s Prime and Morton’s to attract new customers with their bar menus, as they’ve done throughout the downturn. Technomic also predicted that more gastropubs would pop up next year.

On the other hand, customers will continue to demand everyday value when dining out, Technomic said. As part of any balanced-menu strategy, restaurants should have permanent value fixtures available, not just limited-time offers. In its most recent earnings call, quick-service chain Wendy’s said its value-driven LTOs did well with marketing support, but dropped off when advertising was pulled back, which necessitated the reformulation and promotion of its latest everyday-value lineup, “My 99,” with seven items for 99 cents.

More restaurant concepts will update brand positioning through remodels and new formats, Technomic predicted. Many chains have begun on that front already, beginning with the debut this month of a fast-casual café variant for family dining brand Denny’s, which also foresees future growth in nontraditional locations on college campuses. In a move to bolster carryout sales, Bob Evans has added a “Taste of the Farm” grab-and-go area to five of its locations, and plans to remodel 30 to 35 more units over the next six months. McDonald’s also plans to remodel hundreds of units this year and next, continuing its image update featuring highlights like the McCafe beverage lineup and free Wi-Fi in its stores.

9. Back to our roots

Consumers will continue to turn to comfort foods when dining out, Technomic projected, creating demand for traditional Southern foods, retro Italian favorites like meatballs, or gourmet updates to nostalgic favorites like doughnuts and popsicles. There also could be more opportunities for family-style service and family-size portions, like the fare offered at Italian dinnerhouse Buca di Beppo, especially if more families have reasons to celebrate in the new year.

“Retailers have been encroaching on restaurant turf for some time,” Technomic said, “but now the hottest action is among convenience-store operators upgrading their foodservice, where margins are 40 percent to 60 percent instead of the 5 percent typical for gas.” Restaurants can prevent customer defection to C-stores by focusing on their differentiated menu items, ambience and service, Technomic said, while other can fight back by taking some of their signatures into grocery stores, as Starbucks, California Pizza Kitchen and P.F. Chang’s have done.

11. Healthful versus indulgent: The little angel says one thing, the little devil another

The balance that restaurants usually strike between healthful and not-so-healthful food items could get complicated in 2011 when many menu-labeling requirements take effect. One possible trend emerging from the new regulations could be an upswing in limited-time offers, which are exempt from nutritional data-disclosure requirements. Technomic also predicted more moves to reformulate entire menus with an eye toward health, like Taco Bell’s recent test of a lower-sodium menu, and more menus advertised as under a certain number of calories, similar to Applebee’s under-550-calorie lineup.