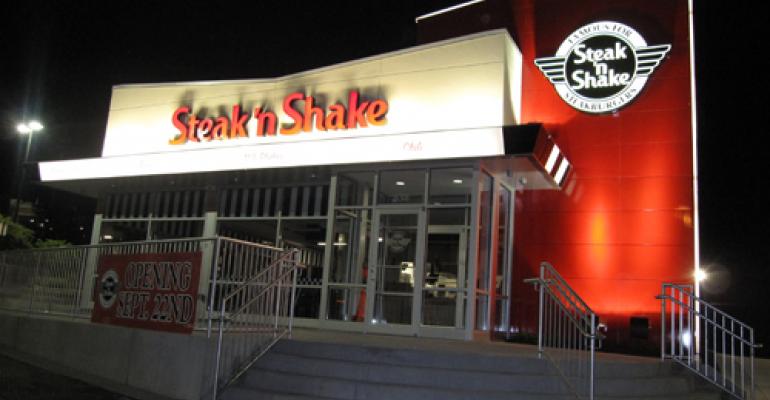 In its first major redesign since the 1980s,  Steak 'n Shake has opened a smaller and cheaper-to-build prototype in Rome, Ga., featuring an open grill and shake fountain.

The new 3,200 square-foot model — nearly 1,000 square feet smaller than the previous footprint — costs $1.5 million to build, down from $2.2 million from the previous model, with the same amount of seating, Steak 'n Shake said.

The company said the new design says takes cues from Steak ‘n Shake restaurants of the 1950s and '60s, with heavy use of glass. The kitchen also was redesigned for better efficiency, moving the primary stations closer together and removing almost 20 feet from the length of the line.

Sardar Biglari, chairman and chief executive of parent company Biglari Holdings Inc., said the new open kitchen was in line with the company’s tagline, “In Sight It Must Be Right.”

Steak ‘n Shake also added two items to its permanent menu — a portobello and Swiss cheese steakburger and a butter pecan milk shake — as well as an apple caramel milkshake, which is available for a limited time.