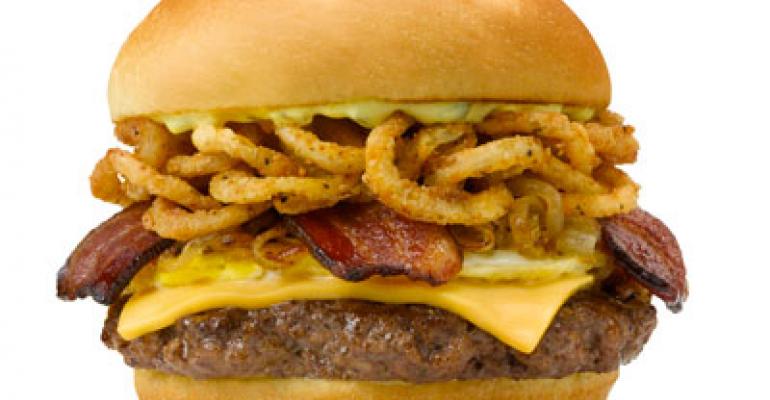 Smashburger has added four executives to its leadership team, including the hiring of Craig Leonard as executive vice president and president of international.

The Denver-based chain of nearly 100 units also launched its first systemwide limited-time offer by taking one of its most popular regional burgers on the road.

The appointment of Leonard indicates that Smashburger is looking to expand internationally. Company officials said they hope to have their first international locations open this year, though no overseas franchise deals have been signed. A spokeswoman said “there has been interest from around the globe” for the chain, but she declined to offer details about potential markets.

Leonard most recently served as chief operating officer for Century 21 Real Estate LLC. He also has worked for McDonald’s, Burger King and Popeyes.

Chris Smith was named regional director of operations. He most recently was a senior vice president at Mexican Restaurants Inc.

“These appointments signify the bright future Smashburger has as it strives to become America’s favorite place for burgers,” said David Prokupek, Smashburger’s chief executive and chairman. “Craig, Julie, Dave and Chris all bring a record of proven success to our company and I look forward to working closely with them as Smashburger continues to grow.”

In addition to the new hires week, the chain is promoting the Sin City Smashburger, its first systemwide LTO.

Smashburger is known for offering certain regional specials on each menu beyond the core offerings. In Las Vegas, for example, the Sin City Smashburger is typically only available in the four units in that market.

Starting this week, however, the Sin City burger will be available at Smashburger locations nationwide through Feb. 27.

Tom Ryan, Smashburger’s founder, said the Sin City burger has become one of the chain’s most successful regional burgers. The burger is topped with applewood-smoked bacon, melted American cheese, a fried egg, grilled and haystack onions, and a signature sauce. The recommended price is $5.99 for a one-third pound burger and $6.99 for a half-pound

“We took the Las Vegas energy and wrapped it up with a cool name and a great burger,” he said. “It reflects the indulgence of Las Vegas.”

Smashburger is promoting the burger with a contest on Facebook offering a trip to Las Vegas for two as well as weekly prizes of free Smashburgers for a year.

Ryan said the initiative will kick off a marketing focus on new products and innovation this year, including bringing other regional menu items to a systemwide audience “when it makes sense, but not exclusively.”